One of the myth’s to how the Sick Puppies got their name goes like this: A sick dog wandered into their jam space and barfed all over their drum kit.

If that’s not nature’s way of telling you, I don’t know what is.

“Don’t cry like a bitch when you feel the pain” are lyrics off of the first track, “You’re Going Down.” This is essentially the kick-off to the rest of the EP; a pile of overwrought performances punctuated with the moldiest of trite and painful cliches.

As far as radio playability goes, this EP will probably fit nicely on an easy-listening channel. And the fact that the band kept this EP entirely acoustic is surprisingly refreshing. The string instruments in the background add a deeper touch then the traditional pop-trash ballads they’ll be competing with, and it gives it an earthier sound. It comes across as more organic then their traditional genre competition, but at the same time, this is just more familiar ground. Track 5, “Don’t Walk Away,” is just frustratingly redundant. How many times has this song been done? The lyrics, the structure, the sound itself.

This whole offering is going around and around in a spin-cycle dryer with the rest of the crap that faded away a decade before. Why are Sick Puppies still doing this? Why didn’t the barfing dog omen open their eyes? Why, after fourteen years of making music, have they failed to grow creatively or evolve artistically? Who funded this EP and who the hell is listening to it, other then this irritated reviewer?

The band has been struggling with mid-level success since they formed in 1997, producing three albums before the Polar Opposites EP dropped on March 1st, and while their hard work could be admired by some, it could be respected a lot more, if after all this time, they were finally offering creative expressions of substance, instead of this thrice-chewed cud of flavorless and forgettable pop product.

The track, “Maybe” is catchy and will probably be used in the next film starring Miley Cyrus. Already, YouTube users are vying to make their own overwrought DIY videos for this song, complete with scrawling computer lyrics and flowery pictures of puppies and holding hands.

The lead singer Shimon Moore, plays guitar and his vocals are strong and emotional on tracks like “All the Same;” you definitely feel his angst. Maybe he himself feels the limits of his own talent and creativity.

Emma Anzai starts singing on the track, “White Balloons,” which is probably the most memorable and creative track on the EP with edgy strings and a needed tempo change. Anzai’s vocals are clear and fresh and it would be nice to have her singing more.

“I don’t know if it’s me or you,” are lyrics taken from the last track, “So what, I lied.” Is this the best they could come up with from over a decade of musical trekking, touring, playing and writing?

This track jumps from some sort of Tool rip-off, to bland acoustic pickings; they’re all over the place, with raspy 90’s vocals and screaming and it sounds like they really haven’t been able to make it past 1997, style-wise.

At the end of listening to this EP, I feel like the dog trapped in their jam space. 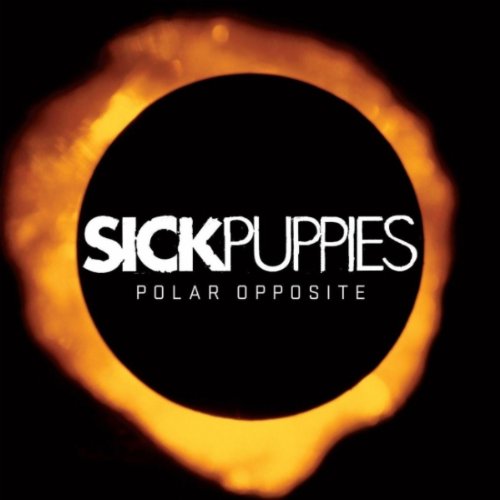