Sky Ferreira – As If! EP

That’s the only thing that comes to mind when the first song off of 18-year old Sky Ferreira’s EP, As If, plays.

Sky Ferreira is being recognized by the media as a singer/songwriter. No comment.

The whole EP and the poisonous noises behind it could easily be dismissed as another pretty-faced pop product being born, bred and befouled in Los Angeles.

And hopefully it will just be an open-and-shut case of another obnoxious B-level pop star making a dent, causing a migraine, and then vanishing once more into the recesses of a pop culture cemetery. One can only beg.

From the embarrassment that is the first track, Sky Ferreira takes us on a trip of irritating electronic ugliness. The next track, “Traces,” however is thankfully completely forgettable, some hasty filler of gray keyboard noise and insipid vocal yowling.

Ferreira continues on to tell us what she thinks about her critics, in “Haters Anonymous,” even throwing down some humiliating spoken-word breakdown, saying that her critics shouldn’t hide behind anonymity but instead critique her to her face. Well, Sky, I’m putting my name to this review. I only wish this had the power to stop you from inflicting upon the world more of your self-indulgent, juvenile vanity trash that has inexplicably gotten confused as music.

“99 Tears,” has a harsh 80’s vibe. The sounds are sharp and painful, and clocking in at 3:28 is proof that time is relative; it felt less like a few minutes and more like a long and timeless wasteland of pain. If you listen though, you can pick out these bizarre little Casio keyboard sound effects that at least offer comic relief. In fact, if you have a wry sense of humor, the whole monstrosity could be taken as a cynical crack at what popular music has amounted to.

And it just keeps getting funnier/more weird. At this point, I’m asking myself if this is for real.

On tracks like, “108,” it sounds like Ferreira is singing, “My secret lover is 108, I know it sounds insane, it’s really okay.” (I tried to Google the lyrics, but they’re not available yet. Pity.)

Bloodshy & Avant, Greg Kurstin and Dallas Austin were the producers here, and they’re being heralded as “hit producers,” (a carryover compliment from past work, I assume).

Sky Ferreira’s full-length album will be released “in a few months,” according to online site Pop Crush and for reasons unknown, Ferreira has been listed by Entertainment Weekly as one of the “11 to watch for in 2011.”

It really all comes full circle, as I find myself, again, asking, “Why? ” 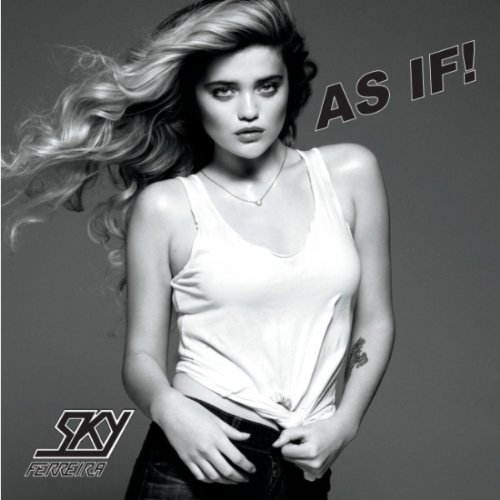