Some artists who bill themselves as “experimental” can be difficult to listen to, as the listener attempts to navigate through their musical interpretations. Oh Land isn’t at all like that. Lots of synth, sure, but her second album, includes arrangements with a string quartet, a collection of drum kits, piano and lots of satisfying bass.

A blend of electronica backed by sweet vocals with a strong range and a variety of musical styles, Ms. Land can be likened to Lilly Allen or Katy Perry, but her arrangements are more complex than either of those artists. She appeals to a wider audience than just pop or techno, given her willingness to incorporate elements from the rock and alternative genres.

The defiant “We Turn It Up” and the almost-acapella “Lean” demonstrate her incredibly diverse approach to writing and performing. With a background in classical dance and influences from the fashion-design world, Oh Land weaves a visual story together in her performances that are as captivating as her voice.

“Sun of A Gun” has had air play and will be a major draw at this year’s SXSW festival in Austin. It’s a definite pop-40, but serves to draw the listener’s attention to her more notable material like “Frostbite” and “Audition Day”.

The EP will include 6 tracks following up on her first CD, “Fauna” and will be her first album produced outside of Denmark (her home country). All of the songs are listenable and several just plain addictive. Oh Land’s self titled release is definitely worth grabbing. 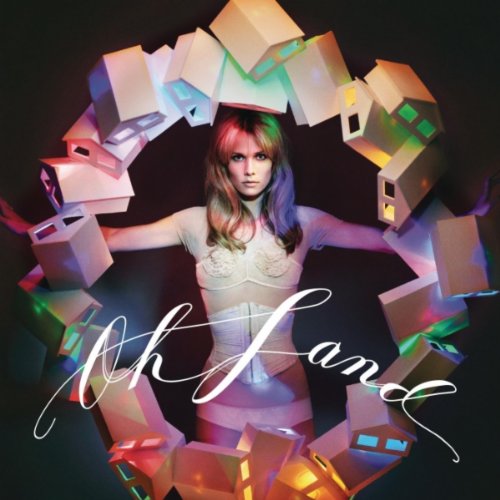