I’ve heard that the new album from Radiohead is their worst album since Pablo Honey. I’ve also heard that it is their best album yet; that it is an amalgamation of all their finest elements concentrated into one album. Whatever your take on the new album might be, one has to recognize that the album sounds different – something original and slightly raw.

For me, Radiohead has never sounded so smooth. The glitchy beats of Kid A, the exuberant energy of In Rainbows, the dark punchiness of Hail to the Thief and Amnesiac, and the atmospheres from their other albums all have their place. But I believe that Radiohead took a turn in a direction that was unexpected – a swivel that is more Radiohead than Radiohead has ever been.

This time around, they are more reliant on creating a sound landscape and experience, rather than a complete song format. The album in its completion has the feel that is made of only one song, as if it was a soundtrack to an unknown film. Because of this dreamy, meditative take for an album, I can listen to the album again and again without delay. I almost never repeat one song on The King of Limbs, but I listen to the album in its entirety. It is like skipping to one part of a symphony, and then expecting to understand it.

I cannot say anything about how good the album is, but rather state that every Radiohead album, when it is released, is their best album. Each album Radiohead has released has a strong magnetism to it – they make a person like me shut off everything just to listen to it purely, without any disturbance from chatter, other music, or worldly issues.

Their new album, in particular, is subject to changing after many listens. The first time I listened to the album, I thought it was interesting, but just okay. The second time I listened to it, I began to hear more subtleties and wonder how they composed their tracks. On the third listen, I started to groove to the beats, and it slowly became a part of my being. With listening to the album in full almost every day since its release, it has grown into a musical culture of its own.

Those that want to criticize this album should listen to it at least four times before making their final decision. Sometimes great music has a deep enough subtlety that its true sound doesn’t come to the listener until it is heard many times over.

Though breaking down the tracks could be useful, I don’t want to delude your mind with what I think it sounds like. It is better to take in this album with a clear mind – without preconceptions or expectations.

Though it is more of a music experience, instead of a collection of songs, other reviews have spotted stand-out tracks. The single Lotus Flower definitely has a charisma of its own, and an accessible chorus. Codex has stunning beauty to its melody, and is one of those tracks that you can drown in with the feeling of peace.

If you wanted The King of Limbs to sound a certain way, you probably didn’t get what you ordered. Some fans get stuck on one album and can’t move on, like they were married to Kid A, or In Rainbows. But with each release of a Radiohead album, we need to readjust our expectations of what Radiohead can do. Who knows what comes after The King of Limbs – the band has always let their inspiration take them where it wants to go. 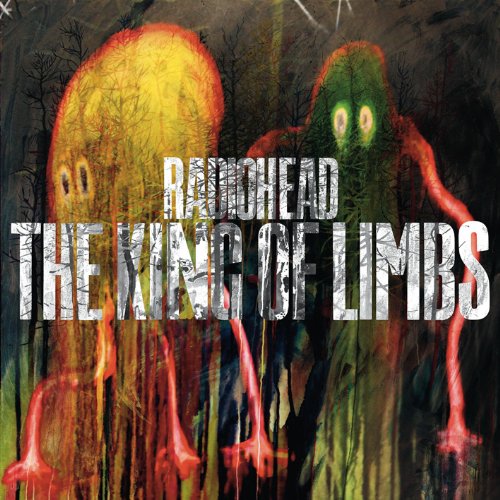