If the Black Keys digs your stuff, it’s probably a good sign. That’s exactly what happened for Chris Rusk, Ryan Schaefer, and Sam Stratton of Royal Bangs, when their myspace was discovered by Patrick Carney, which led to them being signed to Carney’s label, Audio Eagle Records in 2008.

Since then, they’ve gone on to play both Bonaroo and Lollapalooza in 2010, they’ve been signed to independent label, Glassnote Records, and their new album Flux Outside is dropping on March 29th.

Described by Uncut as a “chirpier…less navel-gazing Radiohead,” the band from Tennessee has a tour schedule as mad and busy as the sound of their new album.

Self-labeled as Japanese Classical, Show tunes and Western Swing (at least they’re not describing themselves as ‘psychedelic.’) Flux Outside begins in a blaze of glittery, excited percussion and lilting, wistful vocals with the first track, Grass Helmet. Weird chirping noises peak with a screaming, hyper chorus; it makes you long for a live show.

On tracks like Fireball, you can definitely pick up strange undertones of what might sound like Japanese countryside painted in prickly electric guitar layers and basically the whole album has the feel of a higher sky washed with brighter colors.

Loosely Truthing bursts out kind of like the Beatles maybe, if Ringo was a better drummer and if the Beatles had done more ketamine.

On tracks like TV Tree, it starts out with noises that sound like an old man rattling a tin can before wailing into raw, moaning guitar. Ryan Schaefer is apparently a “multi-instrumentalist,” so maybe that was him clanking away on the tin, and Sam Stratton is responsible for that razorblade guitar.

The album comes crashing down in a cloud of orchestral explosions with Slow Cathedral Melt, but it’s going to be faces melting with their show on April 8th at Casa Del Popolo. Sounds like this don’t come around very often anymore, but somehow Royal Bangs have captured the exuberance of a good old fashioned trip without tacking on the slick pretentious trash-trends that most overly-produced futuristic bands aim for these days.

If music is meant to be an experience, then Royal Bang’s Flux Outside has proven to be a good one. 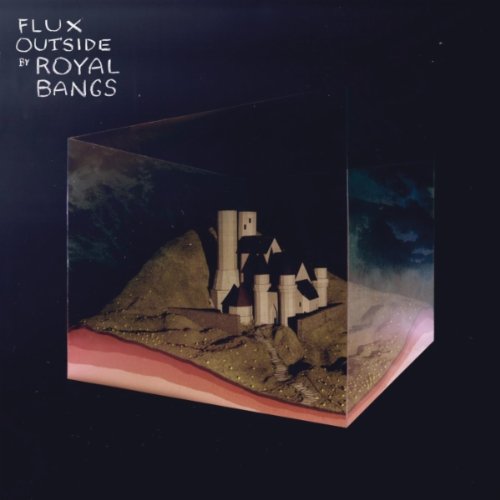