In a painfully honest myspace bio, Richard Terfry, aka Buck 65, talks about baseball, losing his virginity and how he came into a twenty odd year career of musical styling’s as far flung as folk and turntabilism.

From Mount Uniake, one of those small Eastern Nova Scotia towns, Terfry has recently released his new album, entitled appropriately enough, 20 odd years, a collection of tracks from 4 separate EP’s he’s done, and the work seems to span his entire motley collection of influences and expressions.

Artist collaborations include fellow East Coast friend Jenn Grant lending her fairy voice to haunted tracks like “Paper Airplanes.” Maybe you’d have to be from the East Coast in one of those half-abandoned little fisherman towns (I happen to be) in order to get that haunted-heart feeling, but the track has a way of taking you there like it’s been everybody’s hometown. Incorporating more of Buck 65’s signature hip-hop throw-downs with East Coast forest vibes, it’s a solid track and Jenn Grant, who is a pure and flawless vocalist adds nothing but magic.

Songs like “Tears of Your Heart,” featuring French pop star Olivia Ruiz, throws all genres in the trash as Ruiz busts out dusty French crooning over violins, hip-hop percussion and Terfry rapping. It’s funky, sort of.

Then there’s “Gee Whiz,” which Terfry himself says was made out of “popsicle sticks, macaroni, sparkles and pipe cleaners.” In the song he says, “If you like love, you’ll love this.” It’s a strange little track, more of the rap and the ghosts.

As for the Leonard Cohen cover, it’s “Who by Fire”, another one with Jenn Grant. Sometimes with Cohen’s songs, the covers are better then the originals; this is no exception. With broken harmonies and Grant’s aching soprano voice, the wistfulness is tangible.

PopMatters called the album “uneven but dynamic,” and while that could be justified, you have to understand that Buck 65 seems to be the first one to acknowledge his “unevenness,” with such a wide collection of musical tastes. Maybe it’s “unevenness,” or maybe it’s just being an artist of growth, of interest, of curiosity, keeping it fresh, not falling into a rut of boredom and predictability. If that makes an artist “uneven,” then it should be considered highly complementary.

The last track, “Final Approach,” featuring another French singer, Marie-Pierre Arthur, comes across as semi-autobiographical as Terfry seems to be singing about himself a little bit, influences and where he’s been. The musical style of it can be a little bit irritating, vocally and structurally, but that’s really the only weak spot on the entire collection.

At the end of his myspace bio, Terfry says that “undoubtedly he’ll make another album in a year or two.” But with material as solid and as thought-provoking as this, hopefully it will be sooner. 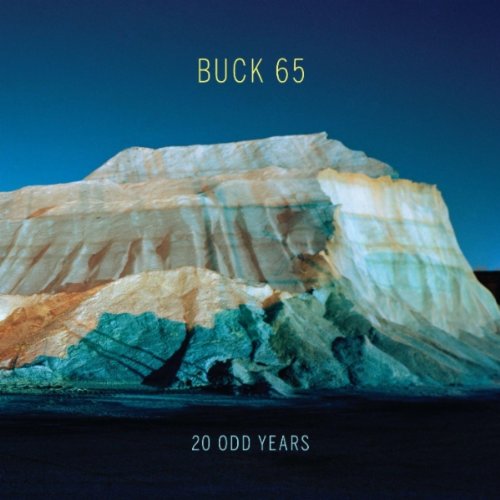