Well, well, well. Looks like the excruciating humiliation of Britney Spears’s farce of a career is still dragging itself on like a mangled animal. Why won’t someone just put her out of her misery already? Actually, on second thought, it is this reviewer who is the miserable one, as Femme Fatale, Britney’s seventh studio album, sounds like a soup of computerized goop.

On tracks like Till the World Ends, a glicky, glitchy programmed-robotic-club-cliché-headache, Spears’ voice has been so over-produced that you can barely recognize her signature nasal whine anymore.

What happened to the days of Baby, One more time, when Britney was still a virgin straight from the Disney pop star breeding machine, the Mickey Mouse Club, and her banal and silly pop bullshit could just be shrugged off with an eye-roll?

This has just gone on for too long.

Who ALLOWED this album to happen? Someone out there is actually PAYING Spears to do this. There are people making MONEY off of this. They must be a group of musical sadists. That has to be the answer. Nothing this horrendous can be serious. It just can’t be.

Inside Out is just more of the same, the swishing computer percussion, the pathetic lyrics. What is she even trying to prove at this point? That she’s still a mule for cash and media attention?

Of course it’s catchy, of course it will be played in the clubs, of course it will make her and everyone involved in this travesty a pile of dirty money while the artistic musician continues to be dogged by conglomerate whorish music industries that are the musical equivalent of Pepsi and Kraft.

According to britneyspears.com, “the day we’ve been waiting for has finally come!” Apparently, Spears celebrated “by getting her own copy of the new record as soon as it was available.” So she has to buy her own albums now? That’s completely believable with jaw-dropping offerings like the sewage streaming through my headphones right now.

On tracks like Selfish” Britney Spears sings, “I’m a girl, and you’re a boy,” and then it goes on and on about her picking him up in her Mercedes and she’s going to lock him up in her room, something about a prisoner of love and she’s being sexually selfish….ugh. There’s a mid-song breakdown where Britney sings, “tonight I’m feeling sexual.” Good for her. It’s more dance beats and production-club-beat gluttony. The true selfishness of this song comes from the obvious money grab that this album is; some greedy bastard is sitting back, putting this shit on the frontlines of music, and for some reason it’s being accepted. It’s a baffling paradox. I am scratching my head.

Apparently, this album actually took two years to make. Two years! Wikipedia says it was WELL-RECEIVED by most music critics, and the hit-single, Hold it Against me, actually hit number one on music charts in SEVEN countries, Canada and the States among them.

That’s difficult to swallow. In fact, it’s impossible. I am throwing up in the garbage can and typing with one hand.

When Spear’s manager, Adam Leber, spoke with Entertainment Weekly, he called the album “progressive,” and said it was “a departure from what you’ve heard.”

Alright, maybe the last part of that statement is true. Spears’s vocals have never been so over-produced and she has in fact descended further into the dark, disgusting bowels of mass-produced club music, a.k.a. Sounds for brainless drunk club-goers who are indifferent when it comes to the quality and value of music to hump to.

He’s About To Lose Me might be the least shitty song on the album, with a soft start, harmonies, but then it descends into a chorus that actually makes you wince with its harsh melodies.

Every single song on here seems to be about dancing in the club, having sex, and it really sounds like Spears’s is trying to cash in on the club shit that Rihanna did better than her. The whole thing comes across as unnecessary and redundant. At best.

All in all, it was actually a trial of the SOUL to listen to this shit. Let’s just hope this proverbial bowel movement is Britney’s last gasp. 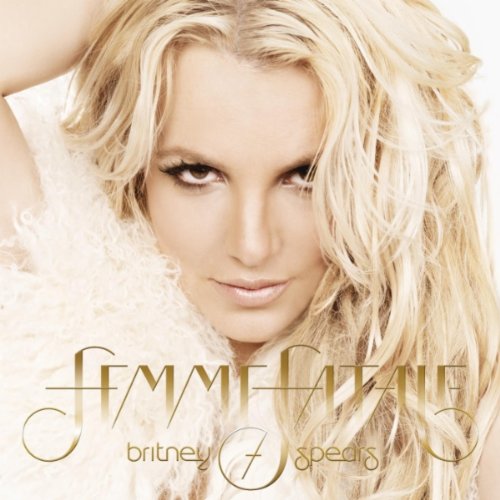