The big thing on the West Coast nowadays is support and promotion of local industry. Think Globally, Act Locally. The 100 Mile Diet. Support Your Local Coffee Shop. All of these initiatives have a grassroots incentive designed to keep our neighbours afloat. But why shouldn’t this mindset extend to the music scene? Enter Mother Mother.

Making serious waves in the scene since their inception in 2005, Mother Mother reveals a friendlier outing in their newest album, Eureka. The Vancouver-based group have amped the pop knob up to 11 since 2008’s O My Heart. The band is unique in that there are 3 strong vocalists – Ryan Guldemond, his sister Molly, and Jasmin Parkin, which alters the dynamic of the album in a great way. Ryan’s chameleon voice complements both girls ethereal vocals, leading to a result that is reminiscent of the Pixies and the Scissor Sisters, sometimes on the same song (Baby Don’t Dance)! Check out the surf guitar on the exit track Calm Me Down, the call and answer on The Stand, the first single from this album, and Getaway features beautiful breathy vocals like a dream sequence set to music. The only track that could be seen as out of place is Born in a Flash; while still a great song, it fails to keep the album flowing with a Gothic undertone.

Currently on a Canadian tour promoting the album, tickets are now on sale for their show in Vancouver next month at the Vogue Theatre on May 4th (the Commodore Ballroom’s May 5th show has sold out). Mother Mother, as always, are beautifully weird, and Eureka is a force to be reckoned with; picture a million little gasps instead of a force 3 hurricane. 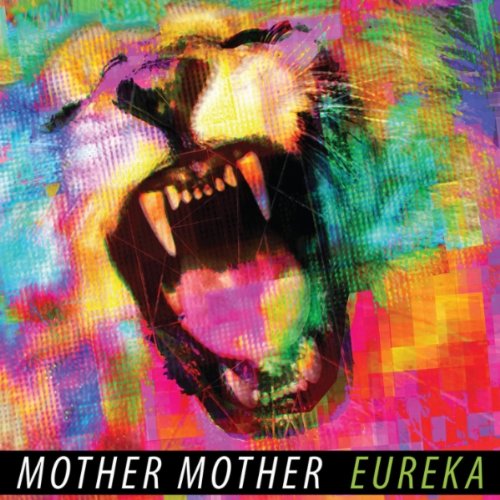