Rise Against has certainly extended its roots from that punk rock band we were introduced to a little over a decade ago. The hardcore group that hails from Chicago, released their sixth album, Endgame on March 15th, 2011. While Spin magazine was quick to categorize this new collection of songs as a concept album, the band surely disagrees. It’s true: they’re infamous for their political activism, and what better way to voice your stance than to write lyrics about it? But Endgame will prove to be a little more ambiguous. For starters, the album’s first released single, “Help is on the Way” contains likely metaphors: “She says that’s the shoreline/ With hands in the air/ Her words miss the dark light/ Does anyone care?” The song might be interpretive of the disasters this world has seen over the last few years, such as the oil spill in the gulf or Hurricane Katrina.

For a band that’s passionate about having a message heard: there’s no theme here, just a call to action. Such is the case for another song off the album, “Architects.” The lyrics ask: “Are there no fighters left here any more?/ Are we the generation we’ve been waiting for?/ Or are we patiently burning/Waiting to be saved?” It’s a numbing way to begin an album. The song sets up all of the other ones, like a domino effect, implanting this aching melody that goes onto say: “Let’s decide to be the architects, the masters of our fate.” Rise Against is onto something; they aren’t moping over the morbid currency of our emotional and physical climate, they’re talking about a revolution. Bands evolve, albums evolve. Rise Against has risen yet again with a series of pump-you-up anthems that, no matter what, will make you want to thrash.

Endgame is available for purchase on iTunes.

For more info on Rise Against, plus details on their tour dates, check out their website or their Myspace page. 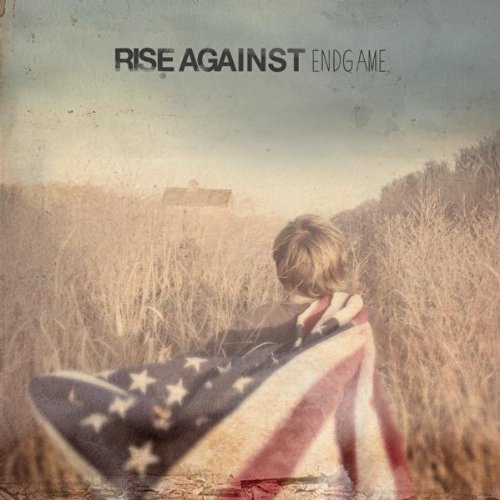