The Cold Still is the latest offering from UK band The Boxer Rebellion. Their third studio album was laid down at Peter Gabriel’s Real World Studios and had Ethan Johns of Kings of Leon fame on production.

Coming from Tennessee, front-man Nathan Nicholson headed off to London after the death if his mom in 2000; once over there, guitarist Todd Howe got on board and there began the birth of the now four member band, The Boxer Rebellion.

With a slew of Radiohead comparisons and a fistful of Canadian and American tour dates coming up, you’d think that The Cold Still would be a little more captivating, and while it’s certainly not talentless or irritating, it isn’t really…anything. Which probably makes the album title painfully appropriate.

The album starts out with the stripped down sadness of “No Harm.” The restrained vocals rip subtly through the body of the mountain echo vocals that lilt across the horizon and the guitar takes a back seat to the body of the piece.

From there, the whole thing soars into “Step out of the car,” which calls to mind the demanding vocals of Morrissey. Funky bass and urgent guitar, the sticky energy and frantic drums roar off into a hard thrash and the whole thing was performed live in February on the Late Show with David Letterman.

You can definitely hear the Radiohead straining under Johnny Greenwood-style guitar on tracks like “Caught by the light.” This is where it all gets to be too much. Radiohead? No, it’s just a sound-alike. The high-pitched, wilted vocal streamers? Thom Yorke? Nah, it’s just Nicholson doing an imitation. There is a flowery, childlike piano instrumental piece in there that offers some compelling emotion but then it’s back to the Yorke-vocals and the redundant stylings.

Stuff like this would be a lot more enjoyable if it wasn’t so trite and could stand on its own without the band’s obvious influences taking over the whole thing. It doesn’t really feel like The Boxer Rebellion really made this one their own; this is Radiohead’s stale chewed gum.

You have to give the band credit for talent; Nicholson’s soaring vocals can be heart rending, and the album stands tall but it doesn’t tower; it doesn’t offer anything fresh, and it doesn’t do anything that hasn’t been done at least a dozen times.

It’s like the laws of graffiti; you can’t tag over someone’s piece unless yours has been done better. And so this band maybe should try and do something a little bit more unique.

If you can’t take Radiohead’s sound and revolutionize it (a daunting task for sure), or even throw a new kink in there, then maybe it’s time to try a different style. The Boxer Rebellion certainly has the talent. Now they just need the creativity. (Perhaps not working with anyone from the Kings of Leon camp would help, too, since that band lately has been stumbling along so clumsily through bland annihilation.)

All in all, it’s a mildly good effort from a band of talented musicians who just need to go a little bit further to get their own identity. 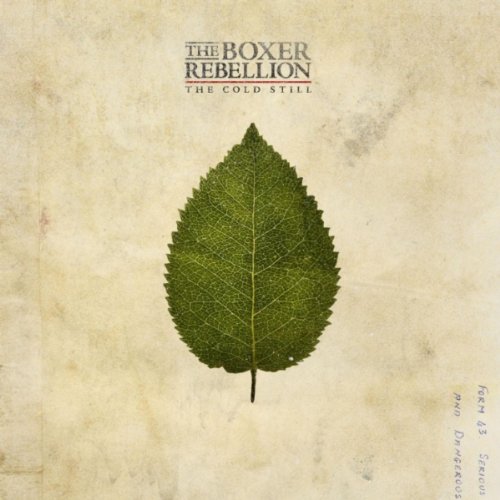