Part of the reason I started writing album reviews was to discover new music that I would either not have the opportunity to listen to, or would not ever find it on my own. Sometimes you hear something that strikes a chord; be it nostalgic, harmonic, or reminiscent, the songs just make sense to you. The perfect example of this kind of album is “Augustana”. Imagine Stevie Nicks and Tom Petty had a child, then Bob Dylan adopted said child during its formative years. The music eventually produced by this kid?That sound that makes you feel so good, so wistful, so happy? That’s Augustana’s latest self-titled album.

San Diego based Augustana started their journey back in 2002, but finally released their first successful album in 2005 (you may remember their single Boston). Their newest is their third release, and just chock full of goodness. Their brand of folk rock is instantly recognisable by singer Dan Layus’ heart wrenching alto pitch.

The opener is a banger; try listening to “Steal Your Heart” on a sunny day and not throwing your arms out and looking at the sky. “Borrowed Time” has a slower tempo one might expect in a Neil Young track, and Shot in the Dark has the aforementioned Petty stamp. I personally would love to hear “Hurricane” live in an acoustic set; and it instantly brings to mind the Wallflowers’ style of alt-country.

“Augustana” is a highly enjoyable album, through its simplicity. Layus’ voice is calming by virtue of it’s unusual pitch, and I haven’t stopped listening to it in 2 weeks. It’s one of those albums that can officially be classified as ‘timeless’: It would have held its own 20 years ago, and it’s still going to hold its own 20 years from now. I recommend you get this on your iPod before all of your friends are playing it this summer. Or if your one buddy gets dumped (because, let’s face it, that always happens), you can play the hero card by suggesting it to them. I think it would help. 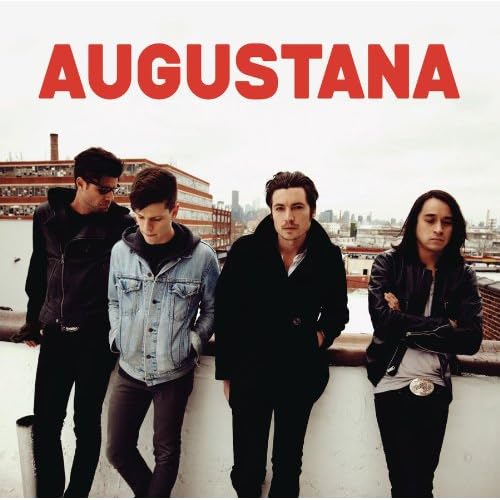