Mississippi born grunge, noise-sound ear fucking duo releases GB city on Pulse Sound/Inflated records. The two fellas prove they are capable of noise-lots of it. John Barrett singer/guitarist/drummer/distortionist is one of those renaissance musicians who can’t help but wail an instrument. He started his personal project in 2007 and has now joined forces with drummer Colin Sneed.

This is Bass Drum of Death’s debut full length album in which the two fill every second with wailing, generating, ear-bending madness. The band is described as “low-fi” and “noise-pop” which they somehow manage to be both of while fitting into just good old punk (which doesn’t seem to have a place in music anymore). Whatever the two do, they do it well.
The album is filled with many solid tunes, many of which get inter-tangled in the abyss of noise together but some stand out like a black eye . The title track “GB City” drives home the objective of the album-mind numbing madness via earlobe which is a feeling I, like many (but not all) welcome with open arms.

We hear more groove in the “Leaves” which includes a melody completely suitable to choreograph head banging. The tracks “Heart Attack Kid” and “Young Pros” represent everything that is good about loud. They like to flaunt their too-cool for school attitude with most band photographs capturing their hair over the face that only displays cigarette smoke being released from their ultra loose lips. The lyrics hit the ears like a bass drum and run the risk at being repetitive, but the instrumentals often make up for it. The album is best digested with headphones, the louder the better. 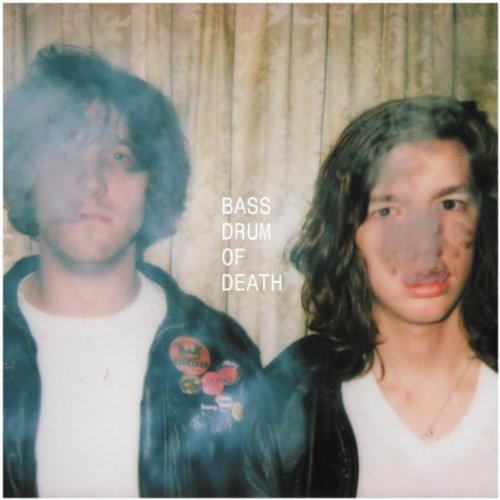