The EP is an important tool, particularly for emerging artists. It acts as a vehicle in which the artist can showcase their favourite tracks, or the most viable for commercial success. From the client’s point of view, it acts as an opportunity to hear the latest release, or discover a new act altogether, without committing to the $15 or so for the full album.

Little and Ashley are making serious waves in the television circuit, appearing in multiple ad campaigns and award-winning shows. They have three songs on their “Thousand Falling Stars” release, all of which are different from the others. “Fill the Sea” is a cute little number that bounces along and makes you think of your childhood sweetheart thanks to the prevalent naivete found in singer Annie Little’s sweet vocals. “Lightspeed to Infinity” belongs on an indie movie soundtrack; breathy vocals from the other half of the duo Marcus Ashley, and the pace of the electronic background certainly gives a sense of intergalactic travel. “Thousand Falling Stars” continues the theme of both space and love, and will likely be the gateway to mainstream airplay.

The “Thousand Falling Stars” EP is such a well rounded piece of work, and at the same time features songs that could easily have been written by 3 separate artists. It’s hard to believe that both Annie and Marcus, as well as talented singers, are actors as well, and they’re easy on the eye (speaking as a straight man). You could almost resent them for the good luck they have had… until you hear their music, which makes every bad thought in your world disappear. 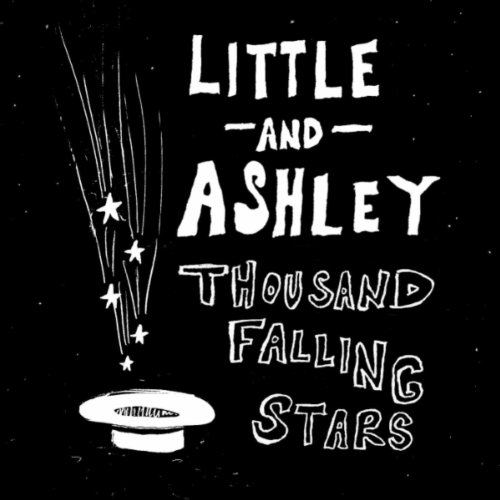