Whenever I get an album from an artist or band I haven’t heard of, I Wikipedia them to start learning. It may not be a deathly accurate way to gain information, but in terms of what I need it for, it’s perfect; I find out what style of music they have in store for me, without tainting my totally naive ears with an opinion other than my own. Gang Gang Dance’s entry reads thus:

Red flag, right there. “Experimental” can sometimes be translated into anything from “We’re going to push the boundaries of music as we know it,” to “We don’t know what we’re doing, musically speaking”. So it’s fair to say I had my reservations when I did push play on their new album, Eye Contact.

I was pleasantly surprised. Synthesizers haven’t sounded so good since the 80’s, and even if it’s just played as background music, the listener will sit up and take notice. Lead vocalist Lizzi Bougatsos is perfectly suited for the style GGD is instrumentally aiming for, the perfect compliment to the aural landscape. Their 5th album is not something I would have chosen out of the thousands of groups I’ve never heard of, but it’s a welcomed addition to the family on my laptop.

The opener ‘Glass Jar’ gives you the feeling that you’re underwater, and at over 11 minutes, it’s a hell of a swim. ‘Adult Goth’ has a dubstep quality about it without being too aggressive as to stand apart from the rest of the album. ‘Chinese High’ has an Eastern quality, relying on minor scales that Western music eschews. ‘Romance Layers’ is sexy, funky, fun.

I could write about every single song on this album: they all have their own flavour, and it’s rare that an act can convey this many different styles in one 10-track release. Even the album cover is trippy as hell! Experimental music is often a case of digging through the dirt to find the diamonds, and Eye Contact is a real beauty. 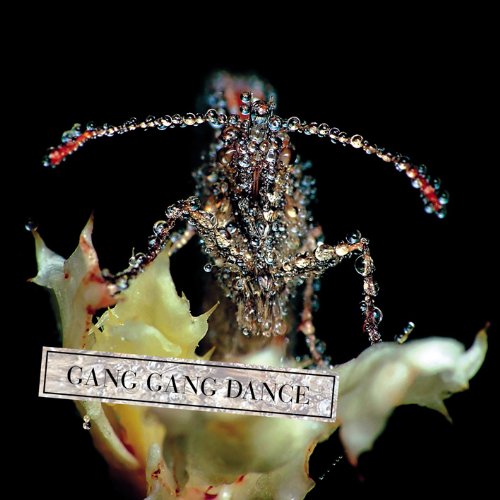