Atmospheric music has always been a type of filler and a source of ambiance for certain businesses who want to create an desired affect since the dawn of the soundtracks, or maybe earlier.  But in Delay Trees’ debut self-titled album, the phrase ‘atmospheric’ gets redefined in a wholly different sense.  Moody with an airy and echoing affect, Delay Trees’ first full-length project is anchored in a setting whose description entails wintry landscapes and ethereal washes from a bitter terrain.  Originally hailed from Southern Finland, the members of Delay Trees were ushered together from a shared interest in penning songs about ephemeral relationships and the pressures of adulthood as well as through their love for constructing gorgeous melodies.

The hypnotic and dreamy tracks off Delay Trees are a different strain of pop music altogether.  Perhaps their band name, which is a collective of aesthetics, will yield more meaning behind their understated sound.  Meant to capture a sense of their homeland terrain, Delay Trees is a name taken straight from the bands’ love for reverb and forests.  The memorable and melodic songs off this album also has a tendency to carry forth a blurry sense of mish-meshed effects.  At times unusual and eerie, the results are like that of hearing a strange piece of music in the next room.

In “Light Pollution,” the 7th track to this album, listeners will get to really hone into the nostalgic messages being played out in nearly absurdly dramatic strokes throughout the later parts of the disc.  The shared dream is being ruminated through vocalizations of the past and of a more innocent time where the stakes were higher and perhaps even heightened, making this compilation almost as epic as it is fleeting.  Towards the next few consecutive tracks, “Tarantula/Holding On” and “Whales & Colors,” the timeless blend of rare and artful melodies unfold to reveal an impossibly innocent visage and child-like scope of things.

Delay Trees’ 10-track compilation is an album that surrenders to the scintillating landscape of the band members’ native terrain.  Their resolute prerogative to absorb and project a visually and sonically stimulating natural sound-scape shapes this unique and unusual form of dreamy-pop music.  Like the cover art to Delay Trees’ first full-length debut release, shapes, colors, and sound schemes make for an cohesive and artful representation of what this band is all about. 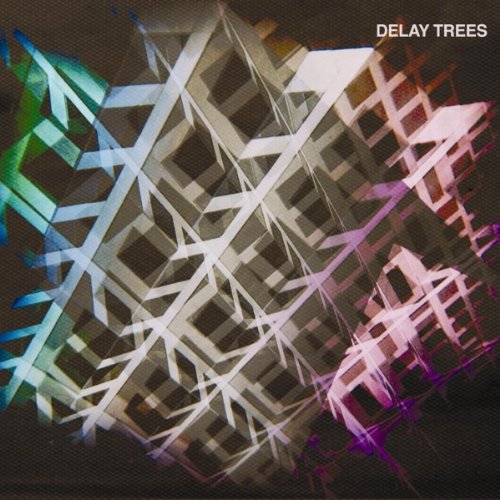