Growing up as a young punk enthusiast in a small North-Washington town, I was certainly not ignorant of such metal offshoots as thrash or grindcore, but it would take me almost a decade to be formally introduced to black metal by the documentary Until the Light Takes Us.  Focusing primarily of Norwegian black metal forerunners Mayhem and Burzum, this film is comprised of a series of interviews with surviving band members and scene regulars.  The movie is well put together, often strangely touching, and always shocking, as it tells the story of a scene responsible for the burning of more than 50 churches, a band that for cover-art used a photograph of their lead singer shortly after he’d killed himself with a shotgun, and an inter-label rivalry that would result in the murder of a member of one band by a friend and musician from another.  So you think you’re hardcore?

With Brooklyn-based Liturgy we find a whole new side to black metal.  The recent release of their second full-length album Aesthethica brings us a band that undeniably sticks to the rules of black metal—shrieking lyrics, blast-beat drums, wrist-flailing guitars with the treble cranked up—but that instead of hailing death and darkness seems to be reveling in life at breakneck speeds.  Orchestral and epic from start to finish, Aesthethica sounds like the soundtrack to something celestial, like the birth of a new star out of the fiery collision of two suns.  Self-described as ‘transcendental’ black metal, one struggles to find a more apt description.

This music feels like the makers are truly enjoying themselves, a rare quality in the self-contained scene.  While other genre-sharing bands with a darker vibe sometimes come off sounding contrived and heavy-handed with their doom and misery (I’ve spent a lot of time around these people, they’re usually pretty chipper), Liturgy seems authentic and devoid of the all-too-cliché self-deprecation we’re used to hearing from most other black metal.

As one song title from their first album Renihilation suggests, Liturgy is caught up in an ‘Ecstatic Rite’, and with each progressive album the band is pushing the black metal scene toward higher aspirations. 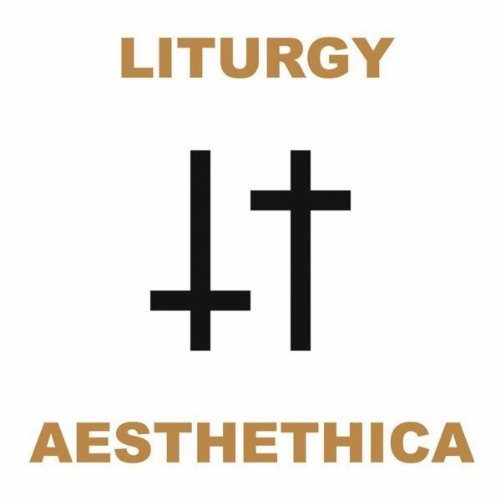