Rarely has a band been able to touch upon the raw soundscape of the American conscious just through the mere verbiage of its band-moniker.  Named after Jim Jones’ suicidal 1970s cult, the psychedelic band name vies for the public’s attention, but it will be what The People’s Temple is able to produce sonically that will suffice as attention-grabbing.

With the uncanny ability to retain connotations of a past sound and style that it is like they have become mediums for the 1960’s garage band revival, possessed to make authentic psychedelic music that stays true to its roots, The People’s Temple are able to pull all this off in one big walloping, simultaneous ease in their debut LP, Sons of Stone.  In a matter of 14-tracks, Sons of Stone manages to fit an unlimited amount of 60’s psychedelic rock into a compact 41.7 minutes of audio.

The Lansing, Michigan band formed in 2007 by two sets of brothers – Alex Szegedy (guitar/vocals) and George Szegedy (drums) and Spencer Young (bass/vocals) and William Young (guitar/vocals) – and are known for their cosmically primal sound gained through their fervent listens to ‘60s psych, folk, and shoegaze while in high school.  But by all means, the hyped up nearly abounding energy evident in their debut LP release appears ineffably difficult to emulate.  This is because The People’s Temple are not only mediating on the sound and styles of the choice masters of another generation, and, by default of pure excellence, are now on the cusp of producing a whole new wave of untamed psychedelic wildness for ours, they are also able to balance retro and authenticity with an incredible natural effortlessness.

Notables on the album include, “Where You Gonna Go,” “Stick Around,” and the enigmatic closer, “The Surf,” a Rolling Stones inspired dirge that leaves us with its amped effects and a forecast closure.  Other tracks on the album – which include the titled-track and the second track on the album, “Led as One (Si vis pacem, para bellum)” – has a controlled understated appeal that takes a couple of listens to get used to.

Although sometimes requiring an acquired taste to sample these at times disparaging and raw tracks, The People’s Temple has managed to forge together an album that is able to distill the best of both the current and retro-eras simultaneously.  At times beatific and inimitable, The People’s Temple latest LP could possibly be that stellar discovery that could eventually change lives. 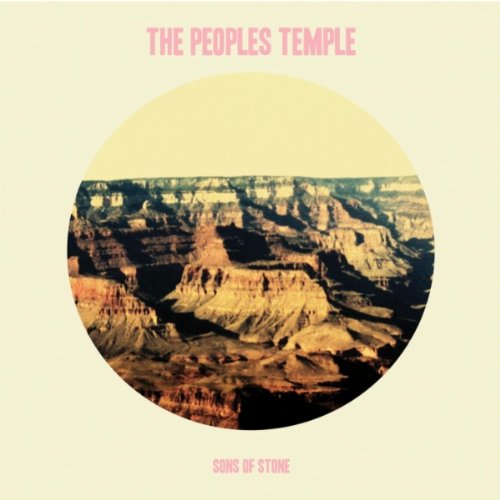