Even though Wild Beasts debuted their first full-length album Limbo, Panto in 2008 off the label, Domino Records this indie rock-pop band from the UK has been brewing tantalizing EPs since 2002.  With a voice like lead vocalist Hayden Thorpe’s (it stands in the shadowy corners with the likes of Morrissey), who teamed up with Ben Little, drummer Chris Talbot, and then Tom Fleming, the foursome have created one delightful new album. Smother is their 3rd album release to-date, following well-received Two Dancers in 2009. In a word, Wild Beasts is: romantic. Make that painfully romantic.

In Smother, you hear their influencers reach the page, bands like Twin Shadow, or Orange Juice, a Scottish post-punk group, and Sparks, who dappled with many a genre but found great affection in cheeky pop circa 1982 with the release of “Angst in My Pants.” What modernizes Smother, is its piano-synth combination.  In their opening song “Lions Share”, that pairing is delicately interlaced with the lyrics: “I wait until you’re woozy/ I lay low until you’re lame.” The track “Burning” will take you down a lazy, whimsical river, followed by “Deeper”, a song that so bursts with The XX’s low-flow aesthetic.

Spin Magazine says “Smother expertly captures lust’s unsettling urgency, equating it with fire, electricity, and predatory behavior.” The sentiment is evident in the track “Plaything”, a mellowy-lounge mix that swelters and falls deeply into “Invisible”, a song loaded with everything that makes Wild Beasts a band that seems to dig their hand into the fine sediment of that gentle grey line that was ’80s new wave.

Many a fan of Wild Beasts will acclaim they’re following a careful path that is written with one blazing word: Radiohead. Two Dancers was especially game-changing in placing Wild Beasts in that noteworthy direction.  You can hear luring hints of Thom York in “Albatross”, sure to be one of the album favorites.  Another track-love will be “Reach A Bit Further”, as Thorpe’s falsetto plays along the synth-pop current with such quirky, fanciful happiness.
Check out Wild Beasts’ website for their 2011 tour dates! 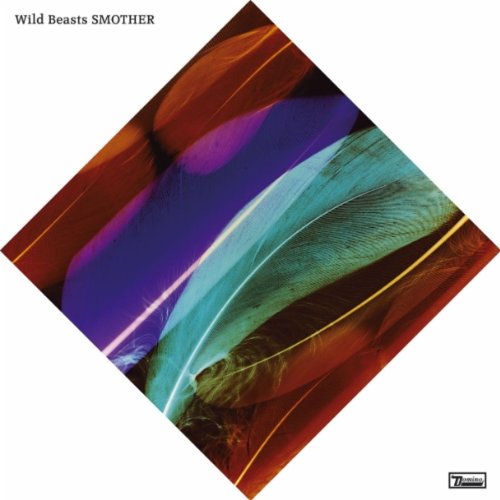