Yes. This is that Danger Mouse. The same mastermind that brought us 2004’s groundbreaking “Grey Album” has been a busy guy since then, collaborating with such eminent acts as Sparklehorse, U2, and the Black Keys. Now he’s teamed up with composer Daniele Luppi ( best known for his orchestra-fuelled film composing) to give us Rome, a chilled out 35 minute excursion into your own personal Zen garden.

The project was inspired by Spaghetti Western movies, and while largely an instrumental album, there are some big names on the vocal side of things. Besides the Cantori Moderni choir (as featured on The Good, The Bad And The Ugly soundtrack), you also may feel like you’ve heard the solo singers before but you can’t place them. Well, one is the Man of a Thousand Side Projects, Jack White, displaying a side of his talents rarely seen. The other, raven haired siren Norah Jones. No punches pulled here.

Track 1 (“Theme of Rome”) gives a sneak preview of the instrumental tracks – sounding like Pink Floyd had done a tour in Morocco. The Western motif certainly is apparent in “The World” intro. As for the ‘special guests’, both White and Jones feature on three tracks. White’s “Two Against One”, is a favourite of mine; a dark and dirty track you never thought you’d hear on this album (“Make no mistake I don’t do anything for free and / I keep my enemies closer than my mirror ever gets to me”) and Jones on “Black”, a quietly stunning poem to which she brings the right amount of sass. Both songs feature their respective singer’s hallmarks; you wouldn’t be surprised if they showed up on their upcoming albums as well.

Rome is definitely a night-time album, whether hosting a dinner party, enjoying a night cap, or something a little later “one on one”, it sets the mood wonderfully. Summoning the ghost of Zero 7’s critically acclaimed 2001 album “Simple Things”, Rome is an alluringly simple piece of work. Similar to that girl in high school; she just hangs in the background, no one really paying attention and then all at once you look at her and you suddenly realize how beautiful she is. 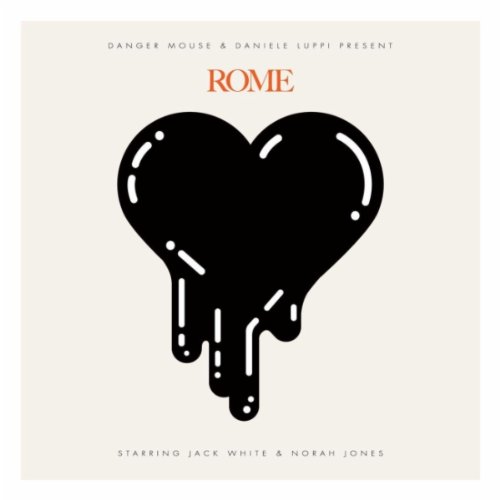