You can never accuse Nashville of holding back on the world. From the Grand Ole Opry, to the birth of country music as we know it today, the capital city is known the world over as a central hub of the burgeoning music world. Picking up various “Ones To Watch” awards across North America, brothers Jake and Jamin Orral are no exception, and their latest piece, We Are The Champions is a veritable melting pot of Americana. The album has overtones of blues, punk (think Ramones, not Sex Pistols) and good ole’ rock ‘n’ roll, with plenty of hooks that keep the pace going.

The opener certainly makes you prick up your ears; the first line is “I’ve been
thinking about your mom/ You can’t tell me if it’s really wrong”. From the blues-style of “Hey Friend”, we head straight into the punk laced “Cool Out”, a track that dares you not to nod your head to the beat. Meanwhile, “Endless Fire” has that angst-ridden high school story that wouldn’t be out of place on one of those classic teen movies that were all the rage about 10 years ago. The album as a whole can be summed up in one word: fun. It’s fun to listen to, it sounds like it was fun to make, and before you know it, you’re pushing “Repeat All” on your player.

“We Are The Champions” has it all. Evocative of Weezer, the Black Keys and Death From Above 1979, Jeff the Brotherhood have flown in the face of their local country music and produced a sound that you cannot get enough of. It’s been ten years since JTB was formed, and if they keep producing audio candy like this, it’ll be many more before the Brotherhood is done. 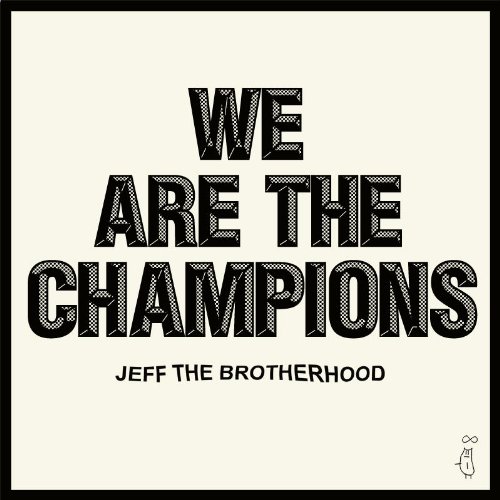