When I think of Omar Rodriguez-Lopez, the first word that comes to mind is workmanlike; at the tender age of 35, the multi-instrumentalist Puerto Rico native has over forty albums under his belt. While many of us have become acquainted with him as the driving force behind At The Drive-In and Mars Volta, few have found the time to peruse his exhaustive solo catalogue. (25 releases and counting) Well, here’s a chance to streamline such efforts: Rodriguez-Lopez has just released a quadruple-LP ‘best of’ entitled Telesterion.

Clocking in at over two hours, Telesterion is only as conventional as it’s author’s career. Being said, it’s as practical as Rodriguez-Lopez is going to get for the curious listener. It’s also an authentic take on this talented individual’s body of work: eclectic, dizzying and often face-melting guitar licks garnish a harshly psychedelic post-hardcore set, made more habitable by the occasional vocal guest-spot. As any fan would tell you, Rodriguez-Lopez’ sound is chaotic, colourful and unapologetic; a proudly acquired taste for many.

For those of you who aren’t familiar enough with his talents to know what to expect, this album is a worthwhile listen; rather than having to sift through a dozen albums, you’ll have the opportunity to sample this unconventional layman’s best works (Victimas Del Cielo comes to mind) in a thoughtfully designed compilation. Oh, and if you’ve a weakness for decadent guitar freak-outs, just buy this album now. 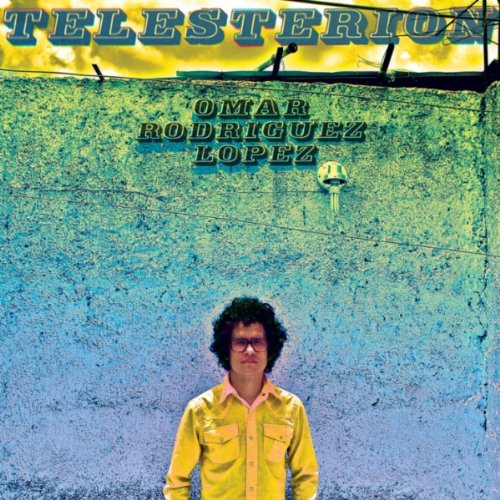