Chad VanGaalen’s roots are grounded in lo-fi basement indie-rock, bleeding over into genres like folk and muted electronica. Don’t misconstrue the term ‘basement’ for anything trendy though; he is a long-time resident in this loner-league, a soulful place where he sits and creates his art below ground. With the May 17th release of his latest album, Diaper Island, a play on words that most definitely depicts a theme that is ‘ultra grittiness’, it’s crucial to understand VanGaalen’s ongoing work as an artist. From a birds’ eye view, he is an illustrator, animator, and producer, backing the art-rock band Women. His debut LP, Infiniheart was put out by independent record label Flemish Eye in 2004, a label from Calgary, Alberta, Canada, VanGaalen’s home turf. It was then re-released the following year with Sub Pop, and what has emerged since are a handful of other albums, the fragmentary product of a full-length album under the alias Black Mold, and a spectrum of influences that lay out an endless stream of improv.

Diaper Island opens with “Do Not Fear”, a song that settles in slight antiquated tribal lures like that of Jim Morrison’s later work, leaving you in a trance-like lull. “Peace on the Rise” is as soft and subtle as “Replace Me” is defiant and raw. “Shave My P****”, which, despite its title, is deeply sad — an exploratory fascination for a woman’s self-image crises. “Sara” opens with a folksy whistle and an echoing vocal that wails over and over: “Sara, wake me up when you’re home.” In “Can You Believe it!” electronic riffs paired with VanGaalen’s voice shout messages like its a PA system. “Blonde Hash” delivers a psychedelic chamber that will call to mind vague but familiar early ‘60s rock ‘n  roll bands like The Byrds or The Turtles.

For a guy who’s been compared to the likes of Neil Young and Sonic Youth, a mixed bag that blurs through the jagged fringes of ’90s indie-rock and lullaby folk of a  much earlier era, he juggles the guitar, drums, keyboard and harmonica. According to Pitchfork,  Chad VanGaalen “internalizes feelings of restlessness into the fabric of his songs,” At his core, he is homemade and delicately keen. 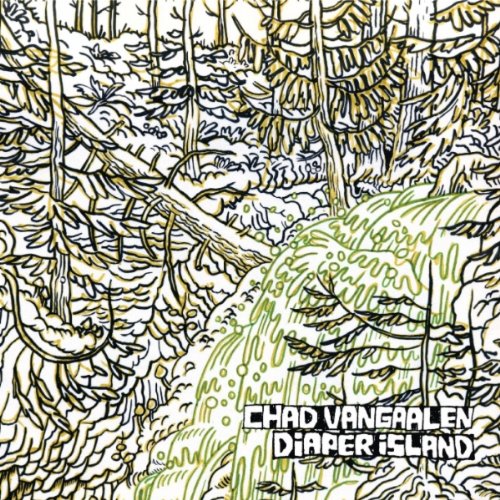