Psychedelic Horseshit released Laced, the follow-up to 2010’s Acid Tape, May 10, 2011 on FatCat Records. The band was started by Matt Whitehurst who plays guitar and keyboard while singing lead vocals. Rich Johnston is the longtime percussionist and occasional fill-in bassist. It’s not worth mentioning whoever is their actual bass player as they could turn out being just another name in the growing list of ex-bassists with whom the band has played. PH received much publicity in 2009 due to an incendiary Washington Post interview that appeared to air Whitehurst’s disgust for bands influenced by the sound he is widely credited for creating.

The first sounds heard on the album are tribal-like trashcan beats and psych noises. Quickly they are replaced by fuzzy vocals and upbeat electronic notes. Track three, although named “French Countryside,” evokes images of an island getaway. Between verses are waves of steel drum effects and background noise seemingly created by a large crowd of people. This is what taking a fast bus trip around rural France while under the influence of psychedelics must be like.

Fourth on the album is the title track “Laced.” Crashing electro dissonance opens the song. The lyrics are delivered in an echoey lazy way accompanied by hazed synth.

The fifth track, “Tropical Vision,” starts off all crackly like an old record with the screaming of a flock of seagulls. Bongo style drumming is paired with moaning train horns in varying keys. A possible interpretation of the lyrics could be part of Whitehurst’s belief that lo-fi new wave punk bands such as Wavves are bullshit. Hence the opening line, “I don’t need no waves, Don’t need no palm trees swaying.”

And again, it is possible to see that same reference in the sixth track “I Hate The Beach,” which could in fact be an “anti-summer sounds” anthem. This seven and a half minute epic continues the record player crackle noise for a hot second and then starts in with a random electronic melody that is nearly tonally opposite from the vocals. Whitehurst sings, “I hate the beach” like a very sunburned and jellyfish stung tourist. Toward the end it all jams out into a loon sounding bird noise and then into a different plane with circular electro noises and garbled vocals.

“Revolution Wavers” is the eighth track and it begins with a sample of two people talking from an old movie. One of them poses the question, “What’s so wonderful about reality?” What, indeed. After a short period of vocals backed by sparse notes, a barrage of swirling electronic sounds repeats infinitely. Eventually, the wall is dismantled and the song ends.

Psychedelic Horseshit did some touring in the UK and New York earlier this month, but who knows if they will actually add more dates later this summer as FatCat has promised. Either way, at least the new album delivers a glimmer of the strange dream pop future to come. 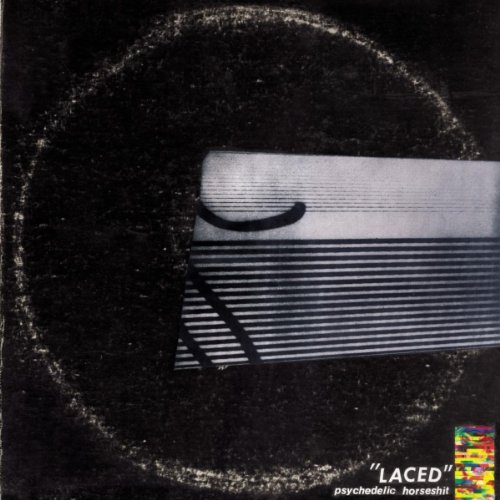