Although Saturday came and went without much fanfare, falsifying Harold Camping’s prediction of the Rapture and the death of millions, it looks like 13 & God’s latest album, which was released four days prior on May 17th, has the potential to be one hell of an LP with the demonstrative and collab-efforts of two distinctively great groups, but like most predictions things can go either way.

13 & God comprises of the Germany-based, Notwist, and Themselves from Oakland, California, both of whom decided to join forces after a failed tour led them to share their admiration for each other’s work and a growing camaraderie while on the road.

The dogma behind the name, 13 & God, arises from the concept that the 12 Apostles and Jesus Christ signifies God.  According to Wikipedia, distinguishing which group is the 13 Apostles and which is God is redundant, since the concept behind the group-name is that God is contained within the 13 Apostles, therefore making them synonymous.  On a much less epic level, I guess that 13 & God is trying to sever their differences by trying to unify their groups with a name that in context is filled with such symbolic religious doctrine.  Although they do not consider themselves a Christian group, their work definitely demonstrates the undertones of spirituality, philosophy, and existentialism that underlines their band-moniker.

Unity being the main object of concern, 13 & God’s latest release Own Your Ghost fails in its attempt to merge what is apparent throughout the album are Notwist’s and Themselves’ own distinctive styles.  Own Your Ghost opens up with the appealing “Its Own Sun” with understated whispery vocals from Notwist’s Marcus Acher that often times seems to be merely backing the instrumentals instead of taking charge as the main attraction.  Acher’s diffident style contrasts greatly with Themselves’ hypnotically charged raps on the second track, “Death Major.”  The differences are quite jarring, making what is warranted as the cohesive context behind the group’s moniker something that is withheld in regards to the group’s content.  The album weaves in and out with Notwist’s and Themselves’ taking turns projecting their own styles and sounds.

Basically, what is lacking from the overall concept of the album is a shared-vision.  In order to make Own Your Ghost a more unified project, 13 & God needs to find a way to sound less like they are warring with each other and more like they are working together.  I liken it to the verse-battle in the famous Broadway musical scene in “Annie Get Your Gun,” where two opposed sides bicker like small children over their prized abilities.  Although some of the tracks on Own Your Ghost sounds quite jarring when put next to each other, there are some notables like the quiet, yet poignant “Armored Scarves,” and “Janu Are,” which actually includes a balanced scheme with both vocalists equally vying for the listener’s attention.

Own Your Ghost is an album that demonstrates 13 & God’s unusual perchant for an enmeshed layering of sounds that is at times whispery and quiet, laced with a more energized sound that channels Themselves’ eccentric rap-style.  Without a more cohesive sound, Own Your Ghost at best able to engage with a few stand-alones that makes the album pop, but not quite loud enough to make a huge fuss over. 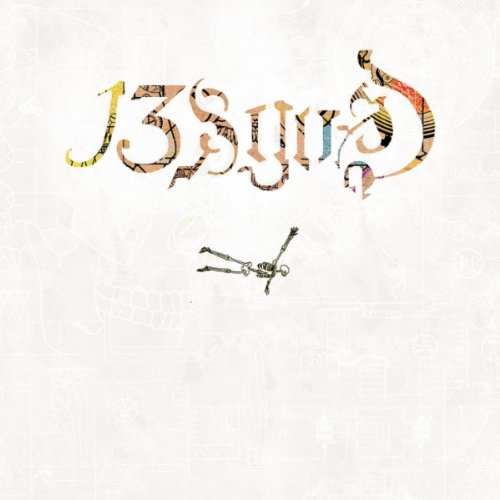