Garage rockers Nodzzz new release, Innings is a very simple record at first glance, but the subtle undertones really give it a noticeable charm. The fuzz fueled pop of Nodzzz is truly something of an acquired taste, and unfortunately it becomes even more difficult to appreciate in this record. There are certain elements that at first appear to be charming, but they quickly lose this merit.

The most off putting part of this record, and even possibly this band are the vocals. They become incredibly irritating right off the bat, and really take away from the clever muscianship that Nodzzz has to offer. The repetitiveness and simple rhythmic patterns of the vocals also make it hard to appreciate the efforts gone into this CD. Other than the annoying vocals, Innings has an undeniable charm, and the music really shows this. There are many different genres weaved into their harsh sound, but it never feels cluttered. Heyday Past Heyday Due is really one of best examples of this, but once the vocals kick in it quickly becomes unbearable. This is one of the truly unfortunate flaws of Innings, and Nodzzz in general. It really is a shame that one element of a band can be so detrimental to whether or not it is enjoyable.

This album is really 50/50; the instrumentals are very enjoyable, but the vocals take so much away that it almost becomes pointless. Unfortunately I wouldn’t recommend Nodzzz, as the vocals are just too much of a negative factor, and this is really a shame because these guys are clearly capable of creating catchy and creative music. As an album however, Innings falls short because of this. 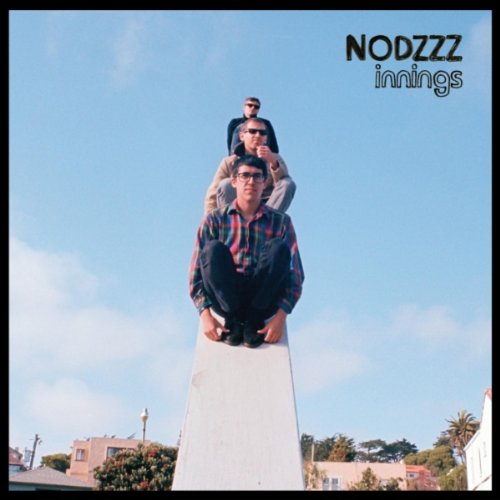