I have to admit I was hesitant to spend time with South African alternative rock band’s fifth album. This hesitance derives from my previous accidental listenings on small town rock radio and the fact they they toured with my least favorite band ever (whom I will leave to your imagination). After spending time with Holding on The Strings Better left to Fray, I am reminded why I feel this way but was given a chance to find a glimpse of understanding towards the appeal of Seether and bands like them (whom I will leave to your imagination).

Seether, particularly front man and guitar player Shaun Morgan has the ability create a wall of sound with power chords, distortion and guttural singing backed up with heavy yet primitive drum and bass playing. This style is understood as “post-grunge” which I don’t recognize as a proper genre title because I am still in denial about grunge ever dying. This affect is easy to listen to when your into this style. It fills up your brain via ears with sweet shiny nothingness. The album begins with “For Cue” which starts heavy, flashy and contains ridiculous lyrics. The style is continued for some time until the single “Country Song” which is slightly charming in a hillbilly bar in the deep south kind of way.

More mindless lyrics that conveniently rhyme are sung in the throaty manor for the remainder of the album which contains little diversity. The song “Down” is the strongest as it contains more complex instrumentals that compliment Morgan’s voice . That stated, if you like Seether this album will most likely fulfill your Seethery senses as the solid sense of the band is carried all the way through the album. 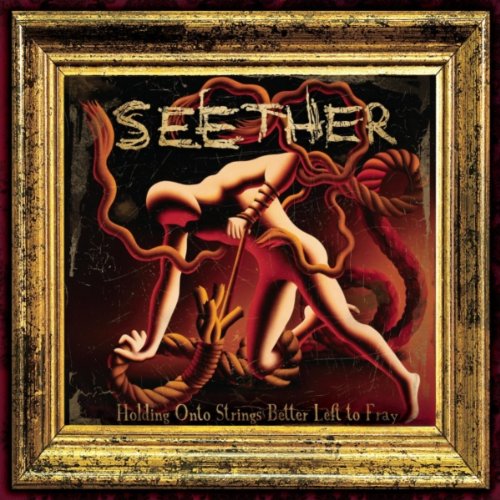