Ensemble released a new album titled Excerpts earlier this year in January on FatCat Records. The misleading band name is actually the solo project of French-born Olivier Alary, who currently resides in Montreal. An ex-student of the architecture discipline, Alary now works mainly as a producer and composer of film and museum exhibition soundtracks as well as his own original music. He became fairly well-known after remixing and helping to create a few tracks for Björk. On this recent release, Alary collaborates with award-winning film/theatre composer Johannes Malfatti to create pop songs with depth. Singer Darcy Convoy lends her vocals to provide the feminine counterpoint to Alary’s bright tenor. A string quartet fleshes out the recordings, making simple songs into elaborate compositions.

Excerpts is themed in the concept of memories, those that are both imagined or have since become too vague to remember correctly. Some are fictionalized records of situations that could have happened and places that never existed. Despite the futility of memory, beautiful thoughts and ideas can come from its function. The first track is aptly named “Opening” and sounds quite like an orchestra warming up before a show. It ends quickly to make room for track two, “Things I Forget.” Convoy’s voice is accompanied by plucky upbeat strings.

“Les Saisons Viennent” is the third track and may or may not translate to “The Seasons Are Coming.” The orchestration adds a high dramatic feel to this poppy French worded tune. Number six is titled “Mirages” and features Alvary singing his native tongue over a mysterious swirling accompaniment. The track ends in a dismantling of the carefully architected notes. Seventh on the album is the title track “Excerpts.” The song’s energy is catalyzed by the melancholy vocal delivery backed by a charming yet curious melody.

The second to final track is “Envies D’Avalanches.” It begins rather otherworldly with lingering electronic sounds that eventually become layered under indie rock. Finally the song ends in a violent clash of chords. Alary’s mission is to compose pop music that goes beyond the expected and ventures into more experimental territory while staying accessible to the masses. Clearly, Excerpts is a winning example of this admirable goal. 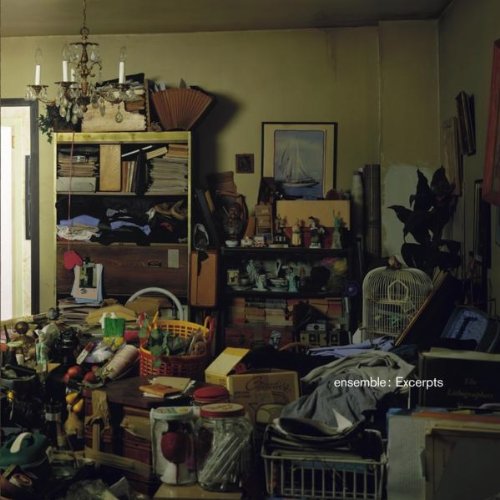