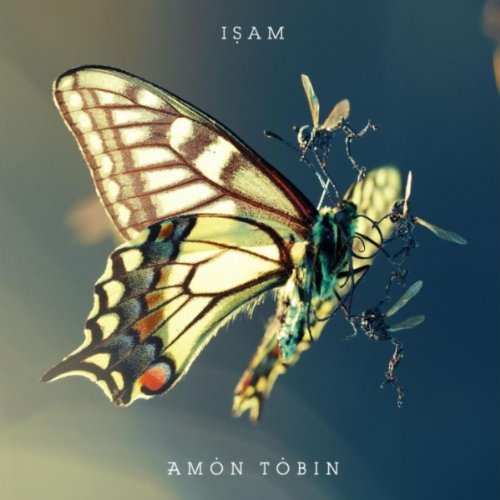 In the precious fistful of relevant artists, Amon Tobin sticks out as an alchemic trail-blazer, challenging our neurons with surprising time signatures and a style and sound that could only be him and nobody else.

With valuable and necessary musical experiences being crafted so intricately by a natural human like Tobin, it makes this reviewer less terrified by the war torture masquerading as friendly pop music assaulting the airwaves.

Undaunted when it comes to experimentation in unexpected and extreme degrees, (recording ants in a plastic bottle?) Amon Tobin is bringing what is known as “electronic music” to a whole new realm of technique, and the rest of them will be either eating Tobin’s dust or scrambling around in overwhelming inspiration as he melts minds with his seventh studio album, ISAM, dropped in April of this year.

‘Control over Nature,’ co-created with artist Tessa Farmer, is this wild installation and Tobin’s touring with ISAM and the project to only six, only six, global venues to share this. Montreal was one of the places he came (Berlin, Brussels, Paris, Amsterdam and London the others) and those that caught this show will most likely have never experienced anything like this before in their hyper-active, bleeping-electric lives.

The album itself…well, where do you even start? Those that have been keeping up with this guy and remember Adventures in Foam from ’96 will probably be pretty stoked to be watching him evolve and change, delve deeper and deeper into the music of distorted and embellished sound, the dissecting of the tiniest ripples and glitches so that now it’s arrived at the point of ISAM, where old listeners might be intrigued and new listeners will be sucked in and changed.

Even doing stuff like modulating his own fucking voice into this smoky, sexy female one is pretty insane.

To say the album is worth checking out is a massive understatement. Catching the ISAM tour with Tessa Farmer’s art in tow is like catching a rare meteor shower. If you caught it, you were fucking blessed. If not, you’ll just have to hear the legend and wish you’d been there.
So the curtains come up on the stage at Metropolis in the pitch black and everyone’s looking at this massive white pixilated cubist spaceship sculpture. Star images and space clouds start light-speeding over the boxes, roped with static lines and fractal shapes. Jerky glitches starts emanating from the towering piece and beats start dropping, but the time’s all shot out into the ozone, it’s messing with our expectant neurological patterns. Everyone’s swaying, but entranced; they can’t do anything else but stare in awe and nod their head.

But where’s Amon Tobin in all this, this slow rising sound and swarming pictures flitting over this titan construct of sharp edges and boxes? That’s when the biggest cube in the middle blares into warm orange light and there he is, inside the box; grinning like a little kid and smoking furiously, twisting and touching, nodding his head and everyone screams and he takes us all away….

Through burning orange cities and white hot electric light lines, Tobin took a few tracks from older albums, revamped them, played ISAM, burnished everything down into glittery almost-unbearably mad noise, before bringing up beats and everyone’s off dancing again, brought back from the cosmic to the primal.

Tessa Farmer’s astounding visuals were so insanely matched to the creations Tobin’s recently birthed, that the whole thing was seamless in its execution.

And when the images went from lava-like cities to imploding flames, to roaring beats and then to soft ash and smoke, even really new Tobin fans like me were struck.

The live performance is the album and Amon Tobin’s path of beautiful, crazy exploration is one to be followed, inspired by and definitely listened to.