Considering the wealth of intensely specific sub-genres under the “metal” label – everything from Baroque Metal to Viking Metal – it’s rather odd to be confronted with a band that is actually difficult to lump into one category.  Such is the case with French one-man metal band Alcest on this re-release of their 2005 EP Le Secret.  Ostensibly, Alcest fall under the Black Metal label – the characteristic low-key production, blast beats, and high-pitched shrieking are all here.  But there’s more to it than that: whereas black metal is raw and heavily aggressive, with their use of reverbed-drenched guitars, extended instrumental breaks, and ambient sound effects, the two tracks on Le Secret have more in common with Shoegaze music than black metal in the traditional sense.

But if you’ve heard the original 2005 release of the EP, you already know all of this.  So what’s different on this re-release?  Simple: re-recorded versions of the two 15-minute epics that make up the EP, in addition to the original recordings.  For the most part, the songs are the same as on the original recordings, but better.  They lose some of the original’s black metal rawness in favour of a clearer, more well-balanced mix – considering that same rawness often led to some of the excellent guitar interplay and very pretty clean vocals being buried in the mix, this is undoubtedly an improvement.  The sound is crisper and warmer without glossing up the originals, and it makes an already really strong album even stronger in the process.  There’s also been a few small arrangement changes – the eponymous first track’s sound effect laden intro has been cut a bit, and the second song “Elevation” has been extended by about 45 seconds.

Otherwise, it’s pretty much the EP you’ve already heard, but enhanced.  For anyone who hasn’t heard it yet, it’s easily the version to get, as it contains both the original and re-recorded versions.  In short, Alcest are a unique, fresh little anomaly in today’s over-saturated metal world and Le Secret is really an EP worth checking out. 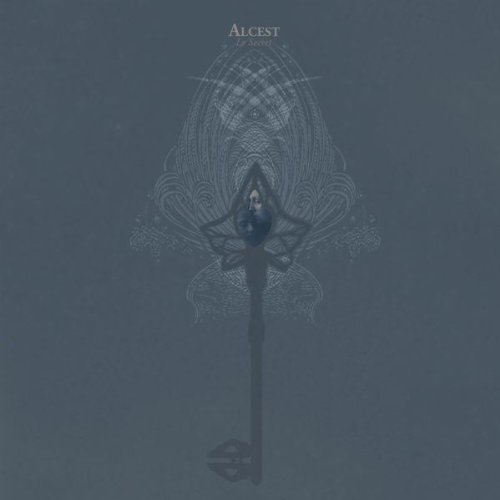