Few albums today hold enough valued content to keep the attention of today’s listener, let alone an entire album of intelligent and enjoyable music. Coupled with his almost regal voice, Patrick Wolf’s Lupercalia is 40 minutes of electronic music mish-mashed right up to horns and strings. Plus, he name checks Dylan Thomas. For geeks like me, that’s pretty awesome.

It’s hard to know where to start with this album – every song has merit. By far my favourite is Bermondsey Street, a joyful track in every sense of the word. It’s like he mathematically worked out the best chords to make you feel better, the horn section and piano working perfectly with the content of the lyrics, a simple love song that’s full of hope. “Slow Motion” is another strong track, sounding tragic, but actually about meeting the love of his life. It almost sounds as if it is being played half speed (and is that snoring in the background?).

“Armistice” and interlude “William” split the album well. The former, a slower track to mix it up a little bit, tells of being someone’s knight in shining armour. The latter sounds like a video game. The music box march of “The Days” is rolling, even, and emotional. It’s also interesting to note that the finger snaps that opened the album in “The City” are reprised in the final track, “The Falcons”. This guy is good at his job.

Having fought his own demons on and off for the 9 years he’s been on the scene, his abilities have been steeped in experience. Wolf’s voice suggests an age far greater than his 28 years, and the maturity in his composition is testament to his talent in harmonics. 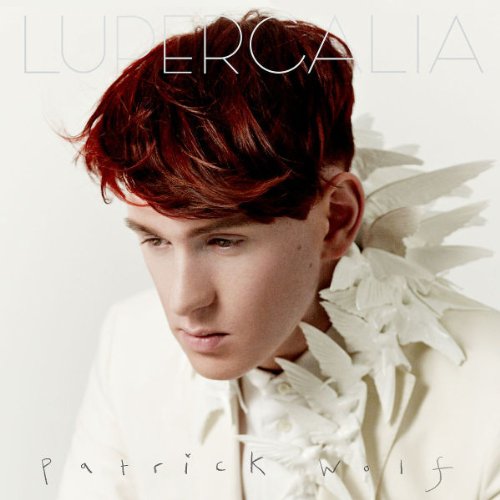