In 2007, the Most Serene Republic turned heads with their second LP, Population, showing off highly structured and very fluid techno-pop songwriting that made their debut look like schoolchildren had recorded it…which actually was the case. But with members only in their early-twenties for that second album, the band’s jump was so vast professionally that people expected great things to come of the long career ahead of them. Four years later, though, with a mediocre LP and now a re-master of unreleased B-sides the original three members laid down in 2003, TMSR is doing one of two things: either trying to capitalize monetarily off songs from the back-burner, or trying to delay writing original material as much as possible. (Or both.)

It’s not that old B-sides aren’t fun to experience; even when they’re terrible, it’s fun to witness an artist’s evolvement. But this collection seems like TMSR’s test to figure out if fans will appreciate them moving in a more poppy direction, without actually needing to waste time on creating material that could possibly just get ripped apart (like by me right now). If this were 2003 and their first album, I’d be apt to say they were ripping off a newly-found Ben Gibbard side project from earlier that year, but that they also had some great acoustic tracks that would most likely get them onto a teen drama series that takes place in Orange County, CA. But unfortunately it’s not 2003, and Thee Oneironauts have branched off into a band that knows how to hook us with clever guitar riffs and insane drum fills. No one ever needed a look into their cheesy pop side, so with this release, they Canadian experimental act hasn’t progressed in the slightest.

Historically it’s better TMSR put this album out now, because if Thee Oneironauts had done it eight years ago, they never would have expanded into the Most Serene Republic. Pre Serene (or whatever it would have been called) would have gotten buzz due to its radio-friendly pop, and the trio would have continued in this vein. But fortunately that didn’t happen, and we actually know the true talent hidden behind this amateur effort. 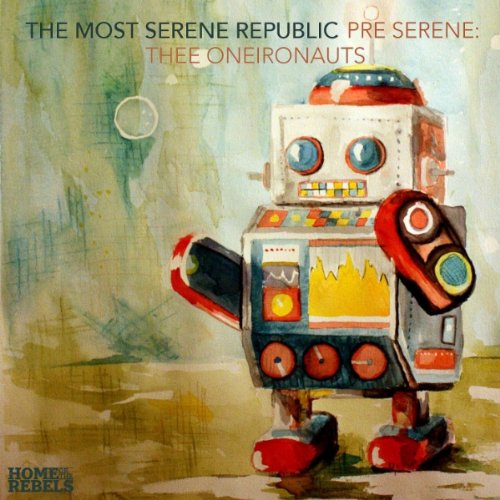