Former Ima Robot and current Edward Sharpe and the Magnetic Zeros lead singer Alexander Ebert has released a solo album, the self-titled Alexander.  Recorded in his bedroom, Ebert singlehandedly plays a veritable orchestra of instruments on these ten tracks, and all to good effect.  These include the violin, clarinet, and a Lowery organ he picked up secondhand at a thrift store.

The bearded soul warrior had at one time wanted to be a rapper, and does a good job rapping on the single “Truth,” in a hushed vocal style ala Red Hot Chili Peppers front man Anthony Kiedis.  There are quite a few recognizable influences on Alexander. On the track “Million Years,” one hears Tom Petty, on “Bad Bad Love”, Bob Dylan, and on “In the Twilight”, Paul Simon, whom Ebert cites as one of his major influences, but Ebert prevents these other voices from detracting from his own.  The major aesthetic, which Ebert returns to again and again, is a 60s era soundscape, equal parts Johnny Cash, Otis Redding and Mungo.

The most provocative track on the album, and the least easy to pin down aesthetically, is “Old Friend,” involving a murderous personage who has come to kill the singer.  With its messianic overtones, Ebert explains that he will acquiesce to those murderous hands, but as he does so he will impart a vision to his assailant, a vision of the world from a tranquil and spiritually evolved remove.  One can hear the desert in this song, the same desert Ebert visited with his psychotherapist father when he was a child.  Who is this old friend? I wonder.  Possibly Ebert himself, who has struggled with and overcome the drug addiction that seems to afflict everyone seriously involved in the Los Angeles music scene.  “…he frothed at the mouth, I twinkled my eye, and gave him this vision just before I died,” he croons.

The music on Alexander is a shade deeper than the music coming out of his current band, Edward Sharpe and the Magnetic Zeros (Edward Sharpe is Ebert’s alter ego), and far less poppy than his previous band Ima Robot.  In my opinion this is a good thing, and I look forward to hearing where Ebert’s introspection will take him next. 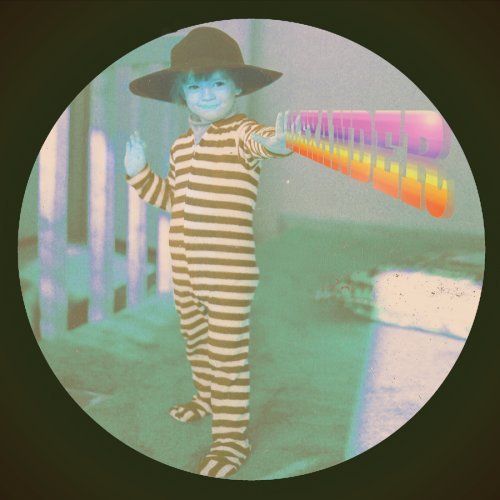