I have been a fan of The Dear Hunter for such a long time. Having worked with bands such as, The Fall of Troy (you are missed greatly), Tera Melos and Circa Survive, The Dear Hunter have made a name for themselves as experimental, prog-rockers, with a hint of blues influence. Taking a break from their six-album “Acts” project, the group will be releasing their latest full length, The Color Spectrum.

The Dear Hunter is malleable; they can form into many different sounds, and manipulate those sounds to push boundaries in the realm of music. The Color Spectrum is a great example of that. The album showcases itself differently from the rest of the band’s discography; it shares no relation to the “Acts” storyline. Therefore, we see the band experimenting with the idea of colors of the spectrum via music, and the concept plays very well.

“Filth and Squalor (Black),” starts off with grimy, electronic sounds and vocal parts from Casey Crescenzo, before shifting to explosive drumming from Nick Cresenzo, and Mars Volta-esque walls of sounds.

“Deny It All (Red),” starts off heavy, and the vocal harmonies are beautiful, while still remaining hard-edged. “She’s Always Singing (Yellow),” shows the group’s ability to write catchy, poppy songs, without losing their authenticity. The xylophone playing the melody with the guitar will make refuge in your ears, battling with The Beach Boys-like vocal part during the bridge.

“Things That Hide Away (Green),” is just well-structured. Strings, slide guitars and a haunting, spine-tingling vocal harmony, this track is beautiful. “The Canopy (Green),” keeps the spectrum green, with its upbeat drums, folkish guitar strumming and relaxing lyrics. It is a song that calmly moves around, not creating any drastic changes, and keeping things simple.

“Trapdoor (Blue),” is a melancholic song, as the band shifts from upbeat tempos, to a slowed down, 6/4, full of reverberated guitar, heavy piano and a belting Casey. The guy can seriously deliver some great vocals. “What Time Taught Us (Indigo),” carefully combines percussive, electronic hits, with soothing vocals and spacey keys, to create a Muse-like piece that blows up with sounds, only to end quietly with sporadic, electronic percussion.

“Lillian (Violet),” and its smooth transitioning from a 3/4 to 5/4 in the beginning, will catch your attention, leading into a realm of strings and piano. “Home (White),” has the makings of a good soundtrack song. Beautiful chord progressions, with strings calmly playing in the background, Casey’s vocals soar over everything. “You can come back home,” sings Casey, as the song fades out with an echoed piano.

“Fall and Flee (White),” is appealing from the very beginning. Starting in an almost Animal Collective-esque fashion, the group starts with sensual vocal harmonies and electronic sounds, before building up with ear-controlling tambourines, and smooth chords.

The Dear Hunter is a one of a kind band; to have the ability to be experimental, while still creating songs that are absolutely catchy, and enjoyable, is a challenging feat. The group does it with ease, showing a plethora of sounds and influences through their music. Each song can stand out on its own, and the track listing allows the album to just flow, ending on a strong, and powerful note. Catchy songs, interesting use of instrumentation and vocals that will give you goose bumps, The Color Spectrum is an album that you must check out. 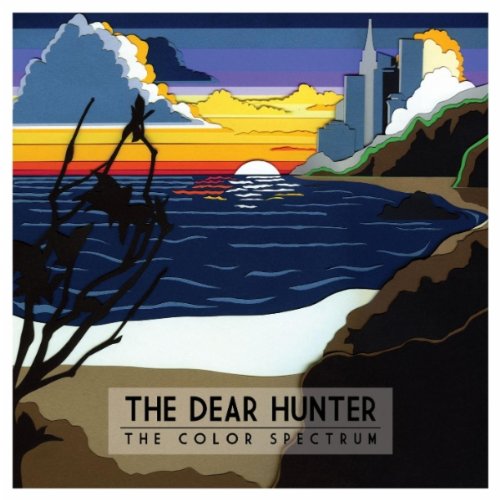