Canadian singer/songwriter and musician, Lindi Ortega’s title track for her third album is largely a prediction for what is to come.  “You’re gonna know me by my little red boots.  You might not know me—You’re gonna know me by my ruby lips.  You might not know my face, but I leave a lipstick trace…” sings Lindi whose sassy and confident streak never lets up on her third release, Little Red Boots, which dropped under Last Gang Records on June 7th.

With a growing profile in the music industry, she has affectionately been given the moniker “Indie-Lindi” for her time spent as an independent artist in the Toronto music scene.  These days she is described as “Toronto’s best kept secret,” and though it seems Lindi has had no qualms with the title thus far, it is surmised that with the release of her latest LP, this angel-faced artist on the rise is well on her way to breaking out from being anyone’s “best kept secret.”

Starting off with a playful pop-additive, Lindi coyly sings about little white lies in “Little Lie.”  Her stance in music is obvious towards “Blue Bird.”  A professed bird-lover, Lindi pays ode to these delicate winged-specimens and their strong penchant towards song in her second track on the album: “If I were a blue bird/I’d sing all day/I’d sit on the shoulders of people in pain/I’d sing a tune for the lonely and sad…”  But it won’t be until we get to “Dying of a Broken Heart” that we get to see a more melancholy side of Lindi.  Her quick, sure-fire wit gets somewhat subdued by a touch of seriousness in ballads like the closer, “So Sad,” and suddenly we start to miss Lindi’s sass and attitude.  Little Red Boots ends on a sad note, which is a sort of letdown considering the album started off on such an energized and upbeat tone.

What is noticeable throughout Little Red Boots is that Lindi is extremely grounded in her music.  In an industry where image is nearly everything, Lindi acknowledges her pretty face and vocals but doesn’t let it get in the way of her passion, which is singing all day for folks who need it most.

Though this Canadian beauty with Mexican/Irish roots has traces of Dolly Parton and Johnny Cash in her, it doesn’t seem right to pigeonhole Lindi to any type of sound or genre.  An eclectic blend of acoustic, country, and alternative, Little Red Boots is a mix-match of a little bit of everything as well as Lindi’s signature inclination to spice things up – (hence, the little red boots that pronounces the outfit she dons on the album cover. )  It is almost guaranteed that you won’t just be getting an earful of music when you turn up Little Red Boots on your music player or when you attend one of her live shows—you’ll also be getting a bit of flavor and a lot of sass that only Lindi Ortega can deliver. 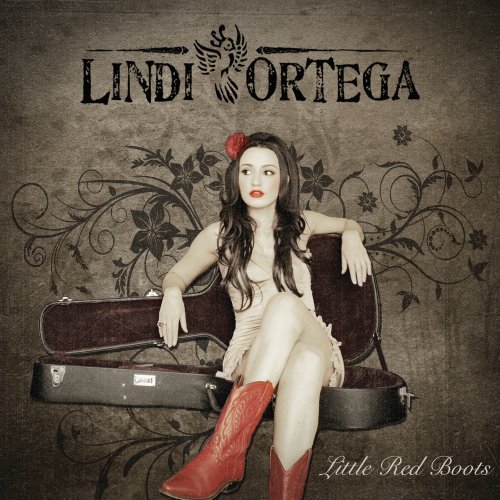