Austin, Texas has been known to produce some pretty amazing bands. Explosions in the Sky, Spoon and now The Wooden Birds. Indie rockers who have a knack for creating poppy hooks and melodic chord progressions, The Wooden Birds are absolutely soothing in their delivery, and their latest release, Two Matchsticks, is the perfect soundtrack for the summer.

Thumping bass and luscious harmonies from Andrew Kenny and Leslie Sisson, “Folly Cub” opens up the album, keeping things simple, and giving the listener a small sample of what is to come for the rest of the album. “Two Matchsticks” is an acoustic track that stands out due to its powerful chords. Sisson’s voice accompanies Kenny’s in the second half of the song, sounding like something out of a Silversun Pickups album.

“Criminals Win” is upbeat, with a few percussive sounds accompanying simple, yet memorable guitar parts. “Company Time,” and its syncopated hits will remain dormant in your head, as those dynamic harmonies from Kenny and Sisson float on top of tambourines and guitars.

Ben Gibbard guests on “Warm to the Blade,” a track that is grappling and captivating in its simplicity. Gibbard’s vocals are so calm, allowing the song to just flow, and end so soon, that your finger will instantly start it over again.

“Baby Jeans” shows Sisson doing lead vocals, her voice powerful, but still soothing and angelic-like. The poppy chorus will grab you immediately; the harmonies are so beautiful, and the call and response between Sisson and Kenny is really cool too.

“Too Pretty to Say Please” stands out from beginning, to end. The upbeat strumming, and the soaring harmonies from Kenny and Sisson, combine to create another great song. “Struck By Lightning” sounds something like America’s “A Horse With No Name,” with it’s semi-surreal sound.

“Secrets” is such a great song; beautiful chord progressions underneath Kenny’s vocals, along with a catchy, melodic hook that you will be singing to yourself over and over again, “Secrets” is a really good song that should be longer. “Be No Lie” has traces of Beatles in it; from its harmonies in the very beginning, to the melodies being sang, “Be No Lie” sounds like a pop hit from the ’60s. Lastly, “Long Time to Lose It” is the epitome of Two Matchstick’s sound; the syncopated hits are a nice addition, and the harmonies toward the end of the song are complete ear candy.

Harmonies, luscious chords and simplicity, are the three ingredients that make The Wooden Bird’s music so enjoyable. From the very first track, to the very end, Two Matchsticks moves in a very subtle way, allowing itself to be the top pick for a nice day of laziness, or just having a relaxing day with friends. It is no surprise that The Wooden Birds have gained a positive reception since their debut album, Magnolia dropped; they rely on key components in music that have stood the test of time for many, many years. Lay down, take a deep breath, and press play; Two Matchsticks is about to make your summer days even better. 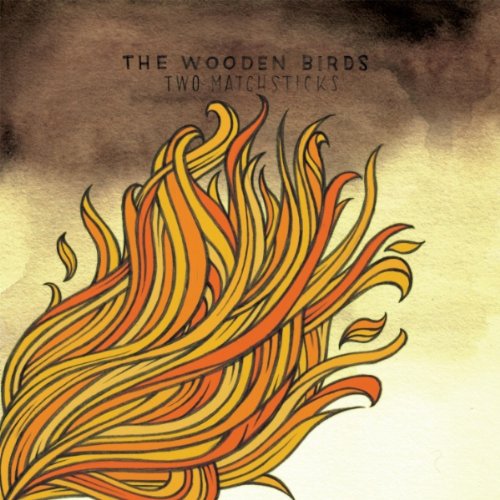