Butcher the Bar, aka Joel Nicholson’s sophomore release is filled with jaunty, feel-good tunes.  His debut, Sleep at Your Own Speed, was above all very well-received.  Critics recalled Sleep at Your Own Speed as an album that dealt with the intricacies of growing up – his first record was recorded in the intimacy of his bedroom.

In For Each a Future Tethered, a 60s vibe and eclectic instrumentals scattered throughout the album provides for a textured feel for what is to come.  Not only that, but the highly impressionistic songs  juxtaposed with powerful imagery makes this release a work of maturity.  Soothing string arrangements in “Cornered to the Cusp,” and “Blood for Breeze” carries forth a melodious wash of harmonics that duly announce, Nicholson is all grown up.

Highly persuasive in a way that only thought-provoking folk music can be, the comforting melodies and commendable songwriting on For Each a Future Tethered can also be very convincing.  Each of the songs on this record has something we can each ruminate over.  With varied details interspersed throughout these songs—just enough to cancel out the sweetness that can generalize this as a mere pop release—a reticence is also apparent.  Although quiet, these summery songs contain a slant of darkness to them.  Not just your normal broken-hearted songs—for once this is an album that expands beyond downtrodden love and into other aspects of the world. 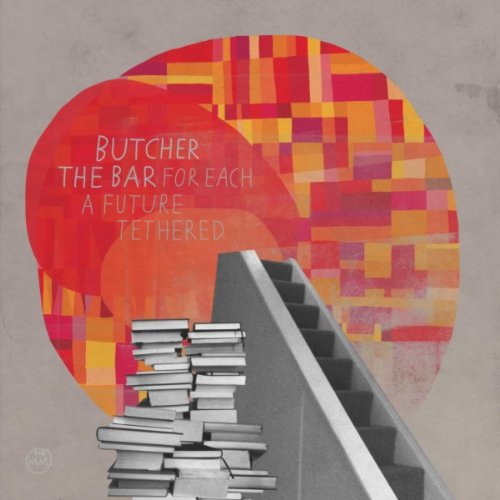