Matthew Barber released his sixth album named after himself on June 7th, 2011 with the Outside Music label. The Toronto singer-songwriter produced this self-titled work in his basement home studio last winter. Every instrument and vocal on the album were created by Barber alone. He also recorded and mixed all of the tracks. The Canadian musician has been making music since his collegiate days at Queen’s University. Barber’s first album was released in 1999 and since then his folk rock sounds have increased in production quality.

On this release however, he decided to make a record that was stripped down and honest. It is warm and inviting with simple lyrics that seem to be dripping truth. The subject matter of the album is best told through Barber’s words: “The heart of the record is about being in a long-term relationship, trying to make sense of all that goes along with your life becoming more deeply entwined with that of another person and how that influences both your outlook on the world and your understanding of yourself.”

Opening the album is “Keep It Alive,” which sets the bare bones atmosphere. The line, “Girl it ain’t easy living”, encompasses the thought process on this song. Life is hard, but never lose that fighting spirit. Third on the album is the single “Ring Upon Your Finger” which kind of plays like the male indie version of putting a ring on it. There is a strong soul influence and it’s the only track that has that feel. “If a shiny sparkly diamond could prove that you’d be mine,” the protagonist of this song wonders, ending in a wistful harmonica solo.

“Dust On My Collar” is a little upbeat honky tonk number that also features the harmonica. “Man In A Movie” is a slower piece with piano is used on the track very nicely. The words “I get what I need, and I hate what I want” seem to be quite telling as Barber sings a harmony with himself.

The last song was a disappointment. “Oh Lexi” is a gross love ballad. It is rather cheesy in all the wrong ways. Plus it seems very juvenile and out of place to close out the album like this. Maybe there is a good reason for it, but it’s not that apparent. Really, this is the only low point on the release. Otherwise Barber’s self-titled is an intimate and sweet piece. 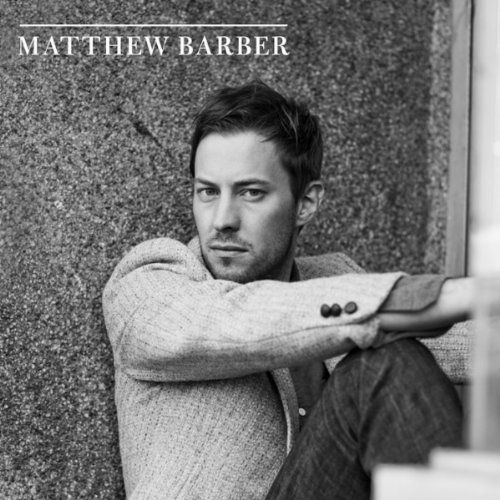