Maintaining a unique identity in an indie scene that has become increasingly commercialized is an art-form in and of itself, and one in which Bodies of Water are most proficient. The core of Bodies of Water is comprised of married couple, David and Meredith Metcalf. Their effortless chemistry, complemented by the talents of accompanying horn players and drummers, gives the band an easy likeability. “Twist Again” never tries too hard, professing above all, a heartfelt, earnest charm, sprinkled with a soulful sobriety.

Bodies of Water is at its best when it’s music is contained and subtle. There’s a purity to the musicians’ gentle voices that makes the head-spinning synthesizers of “One Hand Loves Another” seem not unlike an ill-fitted shoe.

The startlingly beautiful “Lights Out Forever” features the sad but lovely vocals of Meredith, accompanied sparsely by a similarly sad, but lovely horn. The genuineness and vulnerability of the vocals, and the restraint in the instrumentation make this simple track one of the album’s most compelling.

The album also features more showy pieces. The lights dim with “New Age Nightmare,” which ought to be sung in a nightclub for flower-children. It opens with the seductive voice of David, seemingly playing the role of a cheesy performer, accompanied by classic gospel voices. It startles the listener halfway through with a sudden explosion into the experimental, before returning to the nightclub in another play on expectations. Not knowing what to expect next is a primary pleasure of listening to a band with so many musical influences.

David and Meredith’s real lovechild of this album can be found in “My Hips Won’t Let Me.” They play off one another in a way that is tender, and never trite. David and Meredith often cite gospel groups as their main influence, and that inspiration is hardly subtle on “Twist Again.” The refrains that echo throughout the album evoke a barefooted choir.

Overall Bodies of Water’s “Twist Again” is an acoustic Zen-waterfall, with just the right proportions of the delicate and powerful. This album is no “New Age Nightmare,” rather it’s a delightful dream of raspberry tea and leather bound poetry notebooks. 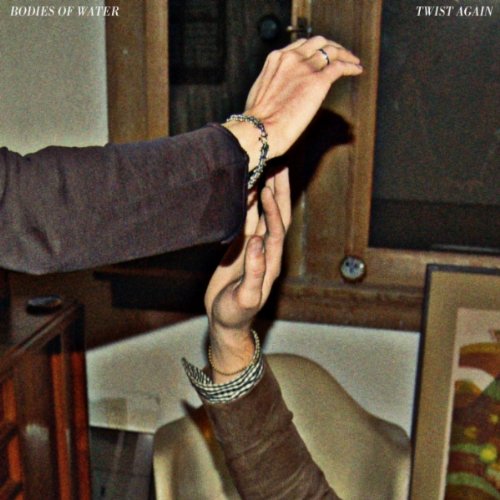