New Jersey’s Seth Haley, or as we now him by another name, Com Truise, spices up the idea of using a synthesizer to create what I would call “uber-modern” music.

What we may know and characterize as 80’s electronica, dance-cave-type music, is what we get from Haley’s latest effort, Galactic Melt. It’s almost as if Haley is trying to help us through a musical transformation—transitioning us through a new synthesizer-focused and computer-based musical phase.

In fact, the follow-up to last year’s Cyanide Sisters, introduces so many different sounds that you’ll have to take a trip down Galactic Melt lane quite a few times to really get the feel of Haley’s direction.

One listen to Futureworld is plainly not enough. It’s impossible to catch the many intricacies Haley weaved through the track. Same goes for Brokendate. This track in particular slows down the pace but definitely doesn’t let down on the complexity and interestingly enough sophistication of this genre of music. Of course, at first listen, many tracks mimic one another. Though, as mentioned before, after a few listens there is just no way you would be able to spot the same tune. Case in point, Glawio and Ether Drift—two tracks that are bound to awaken your musical taste buds.

Just like the clever play-on-words Haley chose Com Truise as his musical altar-ego, Haley’s music is the same. Galactic Melt is a great example of how this artist fuses and forges sounds and beats into elaborate and unusual tracks. 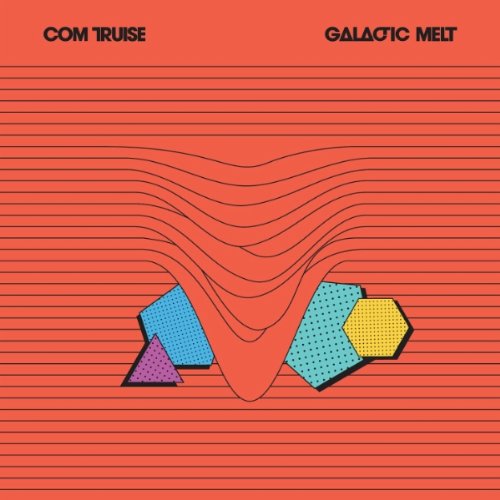