Bandleader-turned-solo-artist, Matthew Good has been on the scene for almost 20 years now, and in that time he’s seen his share of both troubling failure and incredible success.  Since the disbanding of his highly successful self-titled group in 2002, Good has released five surprisingly strong solo records, however Lights of Endangered Species, the fifth and most recent, shines above the rest as a dynamic and exciting tour-de-force that far exceeded my expectations.

On this record, Good teamed up with long-time producer, Warne Linvesey and the benefits of the familiarity are starkly evident.  There isn’t a single element that feels out of place, which is surprising considering the vastly dissimilar moods laced effortlessly throughout the album, sometimes alternating four or five times in a single song.  Adding to the melodic and structural variance is the aural fidelity which dances playfully between trashy drum tones and sparkling symphonic and piano segments to create a constantly shifting sonic portrait committed to shattering the listener’s concept of where the song ‘should’ go.  Impeccable examples of this ebb and flow lie in “What if I Can’t See the Stars Mildred” and “Non-Populus.”

While working on his solo career, Good has also become known for his political views and though this release remains relatively neutral on the surface, songs such as “In A Place of Lesser Men” draw reference to socially poignant topics (i.e. apocalyptic theories, etc).  Other ways in which a bit of Good’s history comes to light is in the vocals which, when compared to past releases, seem tired and introspective – more like John Paul White (The Civil Wars) and less like the high-energy Bob Dylan-esque vibe we’ve grown accustomed to.  Furthermore, some of the more subdued tracks such as “How It Goes” and “Set Me On Fire” seem to indicate a possible shift in Good’s music as a whole towards the softer side.

Whether you’re a long-time fan of this man and his music or this is your first time listening, there’s something special about this record that can really only be understood by listening for yourself, and that’s exactly what I suggest you do. 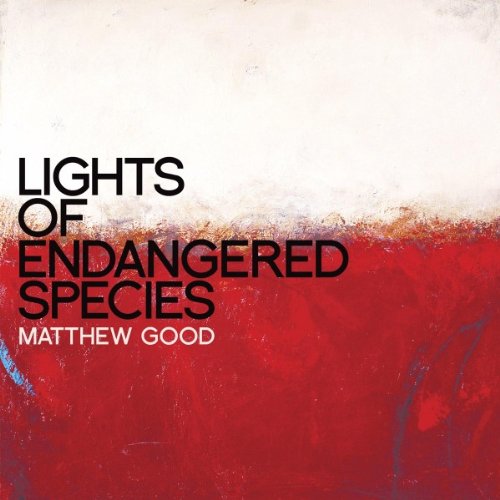