Los Angeles is, to me, not so much a place as an area.  An area of the mind perhaps, because one does not walk it, one sits amongst it in one’s car.  During my brief stint as an EMT there, I imagined what LA might be, imbued it with any fantasy which came to mind, this when I wasn’t so frustrated all I could do was bare my teeth, grip the steering wheel of my ambulance, and listen to the profusion of commercial rock stations which clutter its airwaves.

Bowery Beasts have invested Los Angeles in this way, with their personal fantasy of what it is, and, from listening to their new EP “Heavy You,” I would suggest the Los Angeles of lead singer and writer for the group, Marion Belle, is a combination of Axl Rose, pawn shops, and the sort of summative imagery befitting beer induced make out sessions in Seven Eleven parking lots.

I listened to the five songs on “Heavy You” repeatedly, and was struck most profoundly by the lyrics in the Mellotron (perhaps) infused track “Rock n Roll Queen,” during which I was treated to the rhyme “Mak’n the scene/ with a rock ‘n roll queen” and later the coda “like a roll’n stone.”  I can’t say I met these lyrics with enthusiasm.  The “Heavy You” press release notes they are “hauntingly familiar,” which I think may be a euphemism; you can be the judge of what it might be a euphemism for.

If you like glam metal, or what Bowery Beasts term “blue jean glam,” which sounds like glam metal, you’ll probably enjoy this EP.   Judging by the band photo on the EP, the group, which includes Jordan Wiggins and diversely talented lead guitarist Nick Maybury, has eschewed spandex trousers and rayon scarves for denim, which is a darn smart move.

Bowery Beasts is being excellently produced by Ken Andrews of Failure, and has been highly praised by former Sex Pistols guitarist and KROQ DJ Steve Jones.  They’ve also had a residency at The Silverlake Lounge, and performed at gigs with such bands as Tame Impala and Dungen.  “Heavy You” is due out July 5th, and a full length album, “Friendship,” is planned for the future. 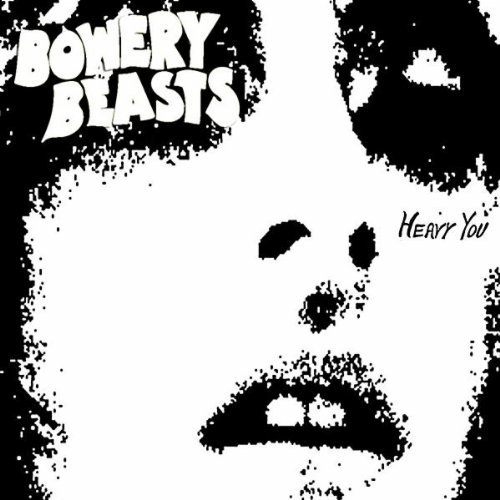