Cities Aviv’s hip-hop/experimental album, ‘Digital Lows’, self-released May 2011, holds a lot of promise for the young Memphis-born lyricist and rapper. His lyrics are well articulated, moralistic, and intelligent. The instruments accompanying each track offer serious variety, ranging from soft to percussion-heavy and brooding.

‘Digital Lows’ provides the listener with diversity in every aspect of the meaning. ‘Tongue Kisser’ and ‘Black Box’ are two great examples of this. In the former, the almost incoherent voice of a female repeating broken phrases is both haunting and captivating. ‘Black Box’ featuring Fille Catatonique is all about a collective ‘scream for change’ in regards to the perpetual corruption in society. Some expressive yet empowering lyrics reinforce this outrage: “Mini-mart fuckers die, we just sing the blues; Babies being born with their fingers on the triggers; Feed ‘em hope ‘til they forget about the real things.”

From the first beat, ‘Fuckeverybodyhere,’ will make your head nod out of both approval and pure enjoyment. This track fluently captures the frustration that he experiences as an artist, surrounded by an arrogant gun-toting culture, which his lyrics make a mockery of in apparent disgust: “Some try to mark ‘em with an X like Malcom but you must’ve forgot that X marks the spot, got a gun to the sky, it’s the one that shot.”

Beginning with a strikingly beautiful sample of Oh Lori by The Alessi Brothers, the perfectly out of place ‘Meet Me on Montrose’ picks up the pace one-minute in when the rapping resumes, overlapping the sample. The contrast is maintained as the sample plays intermittently throughout the song, which tells a story of love and longing.

‘Voyeurs’ further establishes this idea of variety in that it opens with a much more harsh and unpleasant noise. This track has a comparatively more obnoxious set of lyrics and over all tone. Throughout the album his lyrics seem to transform from “You can find me in the clouds, I might reach them” to “She can suck on this while she fucks Taylor Swift with a strap-on dick,” and back again.

The album ends with an adaptation of ‘Float On’ – inspired by the famous Modest Mouse hit. Ultimately, ‘Digital Lows’ is an assortment of emotion, ranging from vehemence to vulnerability, with morality proving to be its greatest asset. 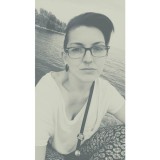