Liam Finn hasn’t quite achieved the respect or fame that he might deserve, though something tells me that might not bother him as much as other artists. He is the son of one of the best pop singers of all time (Neil Finn of Crowded House) but more importantly, he is a sturdy songwriter and studio perfectionist. Finn hails from New Zealand, has toured internationally for his first solo album, I’ll Be Lightning, and has just unleashed upon us his second shiny LP entitled FOMO.

It’s fitting indeed that “FOMO” stands for “fear of missing out,” if not seemingly egomaniacal as a title, FOMO isn’t something you can afford to miss out on. Liam Finn is, if anything, the bearded nemesis of egomania. He breathlessly spews ingenuity on FOMO, for every track, striking gold, oil, silver, cheesecake, whatever resource you consider valuable. He yells out “ARE YOU WORTH THE TROUBLE?” on “The Struggle” and weeps and groans like a feisty James Mercer (Broken Bells, The Shins) on the more gentle “Don’t Even Know Your Name.”

While it is clear Liam Finn is not some untalented clone of his father, it certainly doesn’t hurt that he has music in his blood. Liam is also the nephew of Tim Finn, a member of Split Enz and temporarily member of Crowded House. Liam’s genetic musicality and link to Crowded House is highly apparent on one track, the luminous “Cold Feet,” a wonderful analog throwback to bare bones pop with a few electronic zings thrown in for good measure. Finn has evolved from his previous one-man act to a full-fledged touring band in 2011 that even includes his younger brother Leroy.

“Roll Of The Eye” is a triple must-hear, a striking example of Finns songwriting prowess. In short, FOMO is the shaking beating-drum heart of Liam Finn, each musical effort a calculated yet beautiful affair full of echoing pop/rock melodies that grow on you until the album is over and you are left wanting more. My suggestion to you, listen to it again, and again. 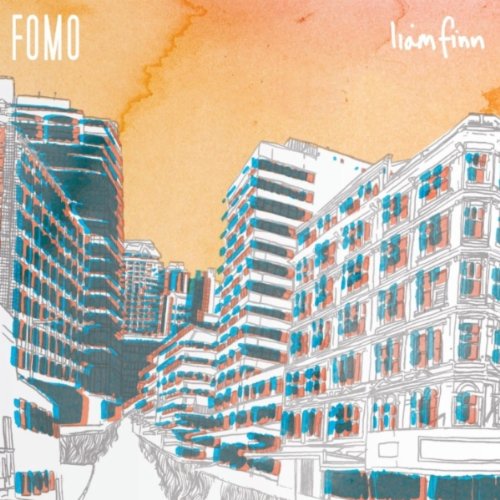