Hailing from Stillwater, Oklahoma, Other Lives’ “Tamer Animals” is the band’s second installment, and they continue to push the boundaries of what it means to be a truly unique voice. If only every band was this determined to create new sounds this successful in weaving together disparate refrains. With the pure creativity bursting from “Tamer Animals”, Other Lives shows lesser artists what it means to assert one’s own musical voice.

Each band member plays multiple instruments, ranging from violin to organ to small percussions, including antlers with bells attached. This broad scope allows for a variety of textured sounds. Other Lives relies largely on the indie habits of bands like Animal Collective or Grizzly Bear, in which a hodgepodge of instruments and tones are improbably gathered into one simultaneously systematic and wildly unpredictable song.

They do it as well as anyone. Other Lives’ layering rarely feels excessive, there’s no sense of self-indulgence. Rather, it’s the subtle humming beneath the gong-like sounds on Desert or the swelling string sounds on “For 12.” that makes Other Lives such a joy to listen to. Each listen promises new discovery on this acoustic archaeological dig.

The main vocals are coarse and unassuming, the back-ups have a church choir feel. Indeed, there’s something spiritually cleansing about this music. Other Lives is at its best when it allows its vocals to match the focus and breadth of its other instrumentation. On some songs, the impossible power of their simplest whispers and coos are drowned out beneath their other musical talents. Perhaps that’s the one downside to excelling in every section of ones own orchestra.
Other Lives welds a masterpiece on “Tamer Animal.” Their songs on this album were inspired by the dust bowl region, and visions of swirling landscapes and magical forests overwhelm the listener. 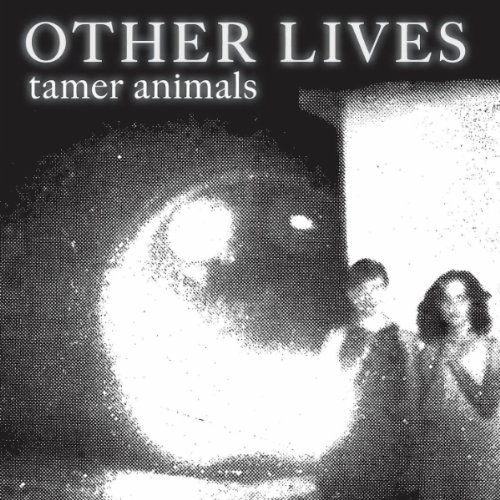