Would I be sparking much controversy if I said that electronica is today what grunge was in the early to mid-nineties? Am I losing readers with that statement? It seems pretty obvious it arrived on the indie scene with LCD Soundsystem’s debut a few years ago and was made globally popular by MGMT’s Oracular Spectacular. Ever since the words “Control yourself, take only what you need” were memorized by every person between 16-35 years old, DJs, duos, and solo artists have scored time in the spotlight due to the fact that beat machines and synthesizers are considered really cool again.

Handsome Furs have joined this movement with their newest record, and for those of you who dig this electronic boom, you’ll love Sound Kapital every bit as much as you loved, well, pretty much every other indie album that’s come out the past two years. For me, though, this wave has gotten boring, just like last decade got boring when an onslaught of minimalist, melodramatic piano ballads hit us after Coldplay’s “Clocks” rose to the top of the charts.  Even with biases aside, Sound Kapital is still an underwhelming follow-up to 2009’s Face Control in that it took an easy route to sound different from Wolf Parade. That sophomore LP had a hell of a lot more hooks to it than their debut two years prior, and it seemed like they were getting closer to perfecting the mold of Wolf Parade guitar work with their husband-wife lamentations.

However, Sound Kapital instead just sounds like what everyone else is doing right now. “When I Get Back” and “Serve the People” are the only tracks that find their own, igniting a catchy rock edge in the vein of U2’s Achtung Baby. The other seven (particularly “What About Us” and “Repatriated”) could be tracks on any other dance-pop album from the past 18 months, though, which is frustrating because Boeckner is the same guy who helped write Apologies to the Queen Mary, which is proof he’s got the artistic merit to put spin on things.

As is with most side projects, Boeckner’s original is better, so my advice is to just crank Wolf Parade. You can’t go wrong with that Canadian quintet, but you can misstep with Sound Kapital. Unless, of course, you love the electronica wave, which then I’d recommend you just crank Passion Pit’s Manners for the fiftieth time. 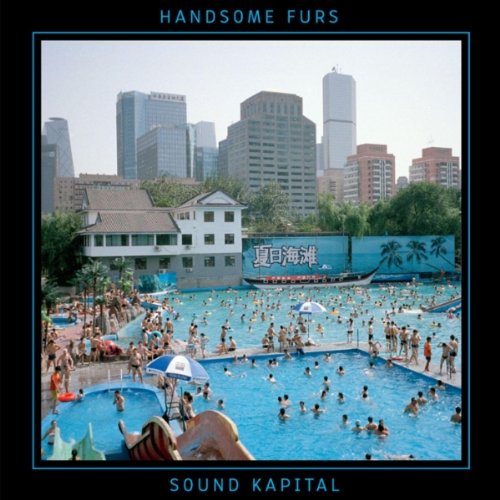