Ok go chooses to change up the routine by recording a completely live album. 180/365, a fitting title as it symbolizes the number of days they performed live in a year, proves to be a great compilation of the band’s work.

You not only get the best live version carefully picked from 180 locations, you are also getting the best (albeit, open to interpretation) and most recent version of their songs from their three albums (OK Go, Oh No and Of the Blue Colour of the Sky). In fact, most of the songs off the album were performed in different cities—a clever decision on their part to have the listener get a taste of how the band performs in each city.

What could be more beneficial to a band’s success than a live album that provides the full “concert experience”? You get to be in fifteen or so different venues without having to move a muscle. And, if there’s one thing I know, it’s that nothing makes a band more appealing than hearing them live.

“This Too Shall Pass” is one of those songs that makes you want to buy the tickets to their next show. The sing-a-long towards the middle of the song gives that added oomph, because let’s be corny for a second, you feel like you are there.

What really puts 180/365 on the map, though, is “Skyscrapers”. Performed in New Orleans, you just know how even more perfect it would be if you were actually there, in their presence, listening to the cool jazzy tone of the trumpet and the lead singer’s, Damian Kulash, powerful vocals.

For any fan of Ok Go’s, 180/365 is a fantastic album that emphasizes the band’s talents and abilities to perform stellar live versions of their music. Of course with an album like this, it would make sense if you’ve listened to the band’s past work, so you have a basis of comparison. On the other hand, live albums don’t necessarily need previous evidence of the band’s musical efforts, because when a band performs live everything usually just speaks for itself. 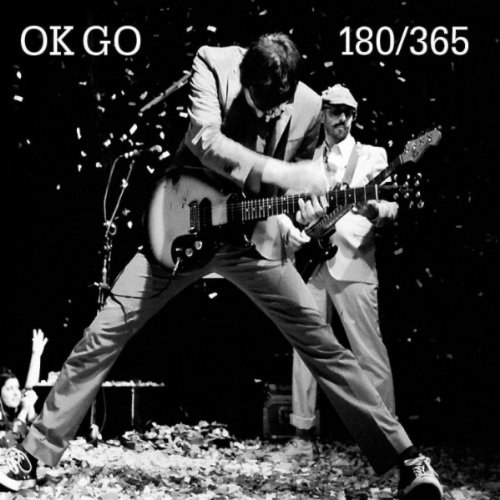