Leveler opens with “Empire” a fairly typical hardcore song. There’s lots of growling, sped up percussion, and a melodic middle section breakdown featuring extreme guitar riffs. Track two is “Internal Cannon” that at first seems in the same vein, but unexpectedly shows a flair for the classic guitar techniques of tango. Fourth on the album is a track called “Cutting the Ties” that is based on the same formula, yet has really dramatic lyrics. The phrase “Screaming at the sky” progresses to the sentiment “it’d be so easy to take the easy way out.”

Track ten, known by the date “1.16.2011,” is simply a short interlude of softer music that precedes the very hard “Boys of Fall.” It’s an intense ride from start to finish with lightning quick drums and electrifying guitar layered in screaming growls. Lastly, is the title track “Leveler” that includes overlapping vocals for nearly the entire song making it epically interesting.

Leveler is available in deluxe edition which includes several extra tracks. Track thirteen is an acoustic version of the second song “Internal Cannon.” While there are no lyrics present, the tango influence is hitched up a notch accompanied with castanet-like clapping percussion. The fourteenth track is a cover of “Pangea,” the fifth song, by The Bells. This band features former August Burns Red vocalist Jon Hershey and was formed in 2010. The cover has soft background vocals and is wrought with emotion. Number fifteen transforms track eleven “Boys of Fall” into a dramatic piano ballad covered by Zachary Veilleux. And finally the last track is a midi version of the opening song “Empire.” It sounds like a battle anthem created for an RPG.

The band is currently touring with the Vans Warped Tour and will be on the road until the middle of August. 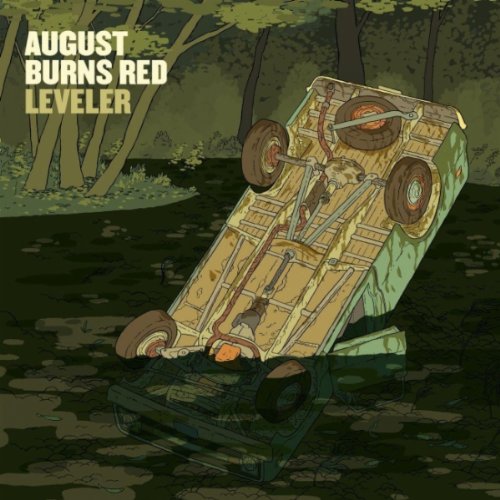