Oxymorons are everywhere, often with humorous results. Military Intelligence. Family Holiday. Married Life. Another i wish to present to you is “Ambient Techno.” Some may find this a contradiction in terms – what is it, a rave at a nursery? Actually, Robag Wruhme’s latest “Thora Vukk” could be the perfect soundtrack to that bizarre scenario.

Wruhme’s use of unorthodox sounds and percussion as beats and instruments is apparent throughout the album. Track 4, Bommsen Boff, has something that sounds like an anvil, and some definite keyboard “notes” but of the ‘QWERTY’ rather than Casio variety. “Prognosen Bomm” uses a great carryover of knuckles on a door, and what almost sounds like knives being sharpened. Elements of creepiness are explored: Brucke Vier and the opener “Wupp Dek”are unsettling; don’t listen if you’re stoned and paranoid. “Ende”, oddly, isn’t the finale, despite both its name and the song itself. It sounds as if it’s the perfect signoff to this eclectic album, with its singsong nonsensical “lyrics”, and baby gargle. Just then, “Brucke Funf” happens to your ears, and any pleasant dreams you may be having after nodding off to “Thora Vukk” are replaced with a pathway down an acid trip nightmare. It even ends the album with the phrase “Isn’t it quiet all of a sudden” with the echoes of emptiness all that follows.

This album really is good, well produced, different, not something I would choose to listen to. It checks all the boxes for an exciting artist. But music is all about exploring emotions in ways that words can’t, and even the “scary” parts of Thora Vukk are right on target in that respect: you feel something that borders on fear, in the way the music makes the mood change. Consider that violin in Hitchcock’s “Psycho”; we know some shit is about to go down whenever we hear it. 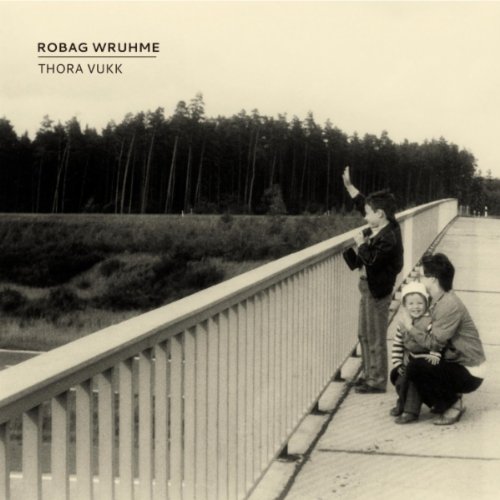