A labor of love, which can be traced back to The Shivers earliest works, the NY cult-favorites’ latest release More is bent on liberating folks weary of recycled and tired tunes, and turning them towards music that captures the whole gamut of the human experience in the most valid way.  The Shivers dogged efforts to explore the many aspects of love is evident in their every turn of phrase and the lyrics that exemplify Keith Zarriello and his band’s tireless energy to pursue their dreams not just in music but in all things unattainable.  This makes them, in every way possible, a force to be reckoned with.

Originally hailed from Queens, NY, front-man and lead-singer Keith Zarriello, began deliberately penning songs under the moniker, The Shivers.  The songs directly reflected his eclectic influences that include everything from rock ‘n’ roll, rhythm and blues, folk, and onwards throughout the American musical conscious.  His debut, Charades, was released in 2004, with accolades from Pitchfork and The Guardian.  The album’s release also piqued the interest of a classically-trained church organist, named, Jo Schornikow, who joined the band as a full-time member that year.  Seven years of touring and four albums later culminates to the release of, More, which dropped June 29.

The album begins with a piano interlude.  It is melodious; a kind, gentle sort of easing into Zarriello’s vocals, which grabs your attention right away and forces the idea into your subconscious nearly instantaneously that he is someone to be reckoned with.  The bluesy melodies and interesting lyrics from the tracks, “Kisses,” and, “Love is in the Air,” stands out with a fun vibe and relevant lyricism.

The track, “Two Solitudes,” with whispering and ghostly, lulling effects washed in ethereal wistfulness, is complemented by an organ playing in the background.  This track then segues into the very melancholy and equally yearning, “So Long Woman.”  It is a quiet lullaby that depicts a highly emotive experience.  The closer, “More,” is very expressive as well.  In exacting detail, Zarriello shells out his love in an emotional drunken dirge that ends up becoming an extremely high-ended gesture towards a ghostly love.  It is as tender as it is sensual and will have listeners reeling from the album’s emotive power.

With a powerful range, an eclectic mesh of sounds, and poignant details, The Shivers are virtuosos of rehashing the simplest moments from their very own experiences and making it something we can all adapt and make our own.    In a nutshell, it is Zarriello’s raw vocals that make these tracks tick and remain stand-alones as songs we return to again and again.  As a bluesman with a touch of influence from everything under the sun, Zarriello’s unconventional voice and understanding of human nature makes him genre-bending as well as a relevant and timeless singer/songwriter. 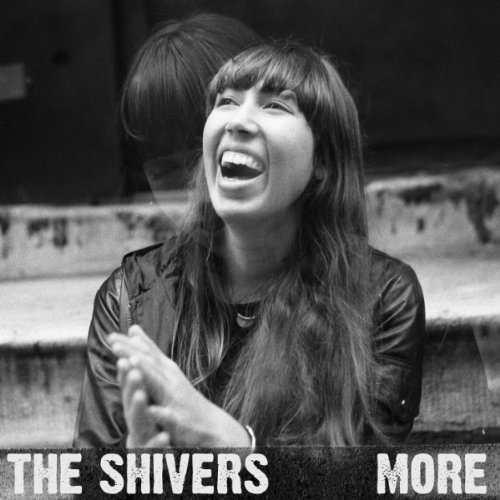