Honestly what is there to say about Weird Al that hasn’t already been said in his 30 year career? The only question that I can think of is why is he still making records? His new album Alpolcalypse Weird Al stays tried and true to the sound that has made him a household name. I personally listen to any Top 40 radio, so a lot of the songs that were being parodied on this album were lost to me.  However there are songs that you would have to be under a rock to not understand.

A great example is “Perform This Way” is a shot at Lady Gaga’s “Born This Way.”  Al pokes fun at her zany outfits and perhaps inadvertently or not mocks her for acting as if she isn’t putting on a show with her appearance.  There’s also the mindlessly silly songs as well; like the B.O.B parody, “Tattoos.” The thing that surprised me a bit were Al makes nods to The Doors on “Craigslist” and what I think is his take on The White Stripes on “CNR.”

The one thing that Weird Al does that I do find actually enjoyable is the polka covers that he does on his albums. “Polka Face” is this albums entry to that category.  Al impressively adapts, Lady Gaga, Kid Cudi, Justin Beiber, Katy Perry, and randomly 80’s band Dead or Alive. It’s always interesting to me to hear songs that you know redone in a different way. You can’t argue that Al is a talented polka musician.

If you have ever heard a Weird Al record before then you know what you’re getting into here.  If you like Weird Al you will probably enjoy this album. If you don’t like Weird Al then pass on this one. Love him or hate him, it’s hard to argue that Weird Al is one of a kind. 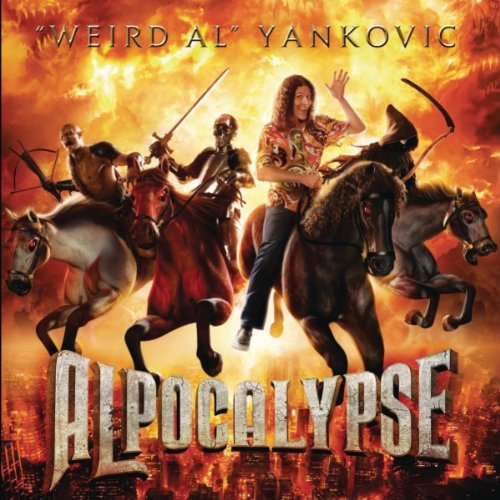